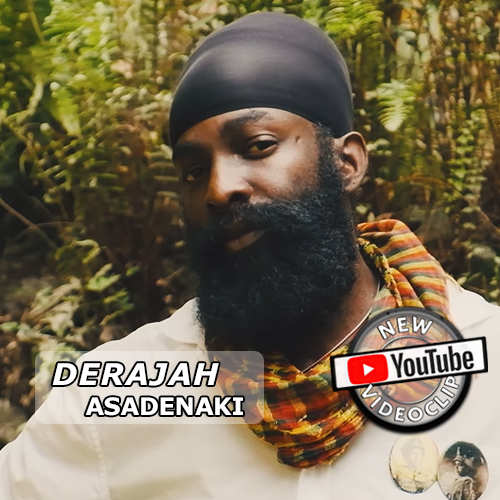 Official music video for Derajah’s brand new song Asadenaki, whose instrumentation was recorded in Brazil and whose vocals were produced in Jamaica. The video was filmed in the Blue Mountains, while the nyahbinghi scene was filmed in Kingston in the facilities of Kevin Steam Team JA.

“Asadenaki is an East African language work that symbolize “Mystery,” says Derajah, and continues: “Togetherness is always essential in the Rastafari household, according to Emperor HIM Haile Selassie. When he was going to be crowned, he showed this to the world, letting everyone know that without Empress Queen Menen Asfaw, it is impossible to be crowned. As a result, we must concentrate and organize. No division. As a team, we are powerful. So purify your hearts and enter the Rastafari household immediately.”