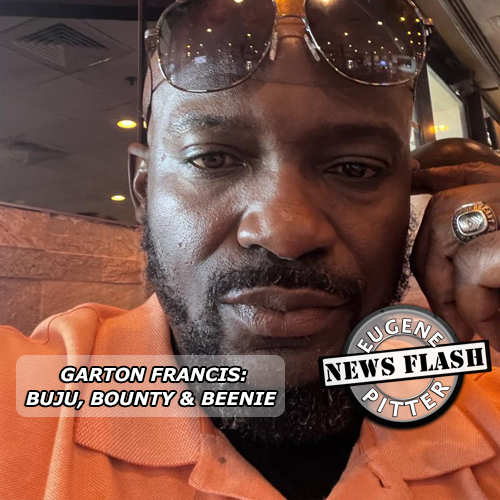 According to Garton, “One of the most exciting age in Jamaica’s dancehall era was the ’90s throughout 2000 when artistes like Buju, Beenie and Bounty battle for supremacy. And, at one point it would seem the three were in a dead heat as one would say in the race-horse world.”

“Beenie was the ‘girls dem sugar’ of the three, and so he could – like Dexta Dapps – pull out even teenagers were dying to get a touch, like they did with Michael Jackson.”

“Beenie Man was real hot under the wings of politician Patrick Roberts the principal of Shocking Vibes Crew. Everyting he recorded would hit the charts.”

“From “Sim Simmer who got the keys to my Bimmner?” to songs like “So Mi Stay” and “So Many Gal,” were hot stuff. He certainly uses a lot of hooks for teasing his fans like, ‘ole Dawg like we’, adopted by a number of men who boasts about their many sexual bouts with women, while schoolboys refer to themselves as, dawg.”

“Beenie could – in the twinkling of the eye – move into the gospel genre with much ease with songs like “Gospel Time,” and got the same response.”

He did try to compliment his set with some level of dance moves for which Michael Jackson has become famous. Beenie deserving won the Grammy for his album , “Art and Life” in 2001.

Garton believes Bounty Killer lyrics has much more belly than that of Beenie Man.

“That (substance) was so obvious about Bounty Killer. There was not much to laugh about, and I don’t believe he wanted his music to become gimmicks. He became the poor people governor defending the poor with songs like “Poor People Fed Up.”

“So, he represented the voiceless, the depressed who had no electricity, or water. and those who cannot send their children to school.”

“Bounty who had sought a good education would have known the importance of education – a sharp tool for giving poor people the opportunity of improving their lives.”

“Bounty’s “Book Book Book” is a classic example of encouraging the youths to not only to go to school, but to learn.”

“He gained his first Grammy in 2002 through a collaboration with No Doubt. The song “Hey Baby,” earned Bounty the award for Best Pop Vocal Performance by a Duo or Group.”

“His many charatible deeds cannot go unnoticed. For years he has been giving back to the Seaview Gardens Primary school and the Kingston Jubilee Hospital where he has donated much more than paints to enhance it’s beatification”

“After some thirty years, Buju Banton is mighty in the world of music. Those who are ready to cast the first stone must be ready to declare their misgivings.”

“Buju started out as an electrical switch and became a light for millions around thr world. Songs like “Champion” is still relevant even in a changing world.”

“His album “Before The Dawn” grabbed the Grammy award for 2011. His role to perform with passion is undeniable. He is arguable one of the best reggae performers of all times. So who gets the gold medal?”

“Hard to make up my mind. Just engrave their names on that medal.”