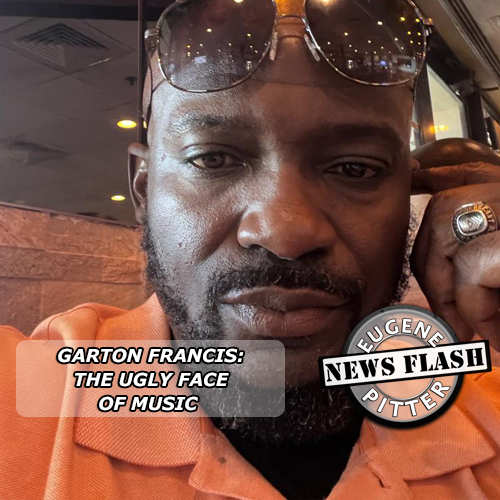 Fifth in a seven part series.

An elderly woman, among some thirty passengers, is on a mini-bus ride from Half Way Tree to Spanish Town.

The music began only seconds after the bus departed when the woman began to cry , “Lord! Ave Mercy!

Her voice lost among the “CHOP, CHOP,” and later “GRANNY SIDDOWN PON DI BUDDY LIKE CHAIR.”

About some fifty years ago a five year-old boy refused to eat beef no matter how well this was prepared by his mother.

This was becoming more strange until one evening he looked at the well-roasted steak in his plate and blurted, “Mommy, throw it away.”

His mom, with puzzling looks, asked, “Why son? It’s good for you.”

“‘No! cause beef come inna baggy’ a line from a popular song.

Garton believes a number of artistes were signalling the coming of Ugly Music from the late seventies. 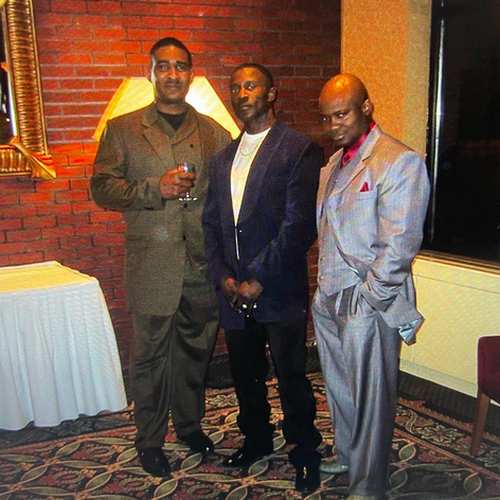 “Ninjaman, for example, came on the scene with his ‘ORIGINAL FRONT TOOTH GOLD TOOTH GUN PON TOOTH DON GORGON!’ image and that appealed to those men who felt they were the leaders in their comunities, portraying an image that others must be seen and not heard.”

“Sadly, it gave rise to – not only sound system clashes – but shows, like Sting which fueled more than lyrical rivalry. But, some did not understand the promoter’s intention to have friendly rivalry; So, today society feels nothing is wrong with families clashing and even neighbours.”

“Then, we have to look at the political side which had some very ugly scenes of clashes between supporters of the PNP (People’s National Party) and JLP (Jamaica Labour Party).”

“The 1980 General Elections led to hundreds of families being displaced as people had to flee their homes and take refuge to safer abode.”

“All this had an impact on entertainers who began to deejay about conditions such as the many strikes and high costs of living.”

“But, the fact is that the Ugly Face of Music which began to take root was the lyrical fire which was lured against gays and those who performed oral sex.”

“Jamaica being a straight homophobic society had artistes literally influencing society to kill b**** man.”

“They brought on a hatred for those who did not professed a badman image. And, it actually forced some very decent entertainers to follow the crowd.”

“Now, it’s no wonder everything a man does wrong, including overtaking makes him a b**** man.
Beenie Man, for example, did glorify the ‘old dawg image’ to the extent where every schoolboy wants to be a ‘ole dawg.'”

“The conscious singers were being overlooked by the young generation emerging in the 2000 era which characterized the importance of social media.”

“The lifestyles of overseas artistes, driving expensive cars with pretty girls and fancy houses, grabbed the attention of the average board house one-room ghetto youth who dream of being in their shoes. Added to this was the route taken by some advertisers that even a bottle of poison will sell with a half-naked woman beside the word POISON.”

“With the church virtually silent, morality was waning and the glamour of freaky sex takes centerstage.”

“The media couldn’t resist the mass exposure because bills had to be paid.”

“All this was becoming more noticeable as teenagers gravitated to the music which aroused their sexualty.”

This music made teenaged girls felt they had the right to ‘skin out’ as they like, to bend over in the minibuses and give both driver and “ducta” a piece of the action which includes “blow-job” or oral sex.”

“Countless videos circulated about sexual encounters and the songs mirrored the direct for even elders in society.”

Nowadays, the public transport, with the exception of JUTC buses, gives the Ugly Side of Music because this attracts passengers. It’s all about the money, because it takes cash to operate any vehicle with the over-riding expenses of tyres, insurance, fitness and registration, not to mention spare parts.”

Garton believes that the Broadcasting Commission of Jamaica ban on music glorifying violence, sex, and illicit drugs comes too late.

“Poor PM it will only get worse. The horse gone through the gate.”

Be sure to read Garton Francis: How to Fix the Music. Sixth in a seven part series only on the Reggae-Vibes site.