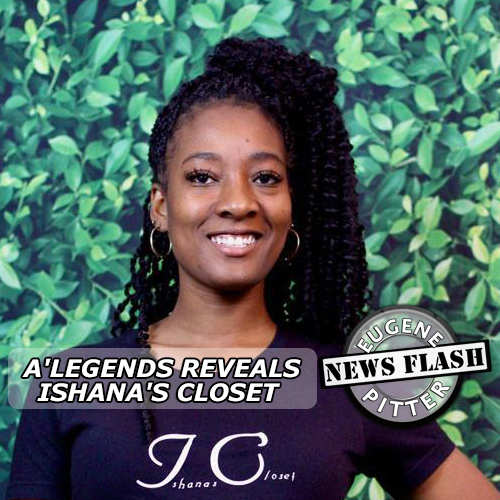 Star Girl A’Legends will reveal the wonders of Ishana’s Closet at her mega show – The Hidden Treasure. This is set for 3300 Knorr Street, Philadelphia, December 9th, 2022.

In an interview with Reggae-Vibes. A’Legends says, “Any star would have been knocking on the doors of talent, so here I am with Ishana’s Closet.”

According to Ishana’s Closet, born Nickeisha Smith, “I met A’Legends at one of her pop-up shops last year. She is doing so much and remains so humble. We are both striving to become international stars, so the unity and the sharing is very important.”

She explains that her clothing line is simple but stylish.

“I am in for casual, or what one would refer to as street wear. These include T-shirts, sweat suits, socks and scarfs.”

“My most popular outfit is T -shirts because they match with just about any thing, including jeans.”

“I started out designing outfits in 2020 at the height of the COVID-19 pandemic. I had been doing this 9 to 5 job, then one day decided I just didn’t want to work for people all the rest of my life.”

“I found people were gravitating to T-shirts and launched out into other items such as my summer resorts which includes, sun-glasses and scarfs.”

For the next five years, Ishana’s Closet wants to be the proprietor of a large store not only with Ishana’s Closet merchandise, but the printing of items for all occasions including birthdays, anniversary, and funerals.