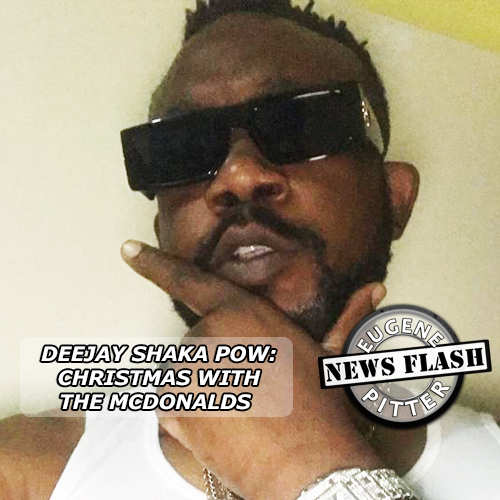 Final of a six part series.

Deejay Shaka Pow believes, “Christmas is a time of giving and receiving. It’s also spending time with the family.”

“It’s special because after dedicating most of the year to others and their needs, it’s time to give the children and wife that special bond and to share that special moment with close friends and family. It’s also a time to reflect on Jesus Christ and what he has done for the world.”

“The very first Christmas I can recall, was at primary school for a class party. My dad would bring over his sound system and we had great fun.”

“Then, on Sunday we would go to the North Street United Church and get lots of toys from overseas donors.”

“My mom would be fixing up the house and there was a whole lot of cooking of gungo rice and peas and chicken and goat meat and my favourite roasted pork.”

“Whenever we went to the country, there would be all that cooking, but we expected more in terms of say yams and sweet potatoes and such delights.”

“After Christmas morning, I would look forward to the slice of fry ham and fry dumplins. And, as you know, the ham bone would leave back and that would be used to boil the good gungo soup.”

“My favourite drink was sorrel and is still sorrel drink. I was happy when companies like Tru-Juice started to make sorrel drink. I could drink sorrel throughout the year.”

“For the children, my wife was the one to get the Christmas pyjamas and I would fall in as husband and dad to help prepare what was her specialities.” 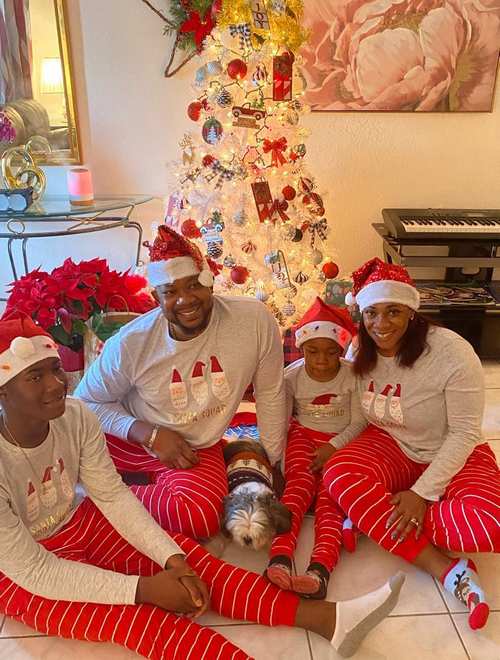 “Early Christmas morning we would get up and begin to wrap the presents and put them under the Christmas tree. These would sometimes be wrapped and hidden days before.”

We had some 15 people coming over for Christmas, some sleeping in the sofa or wherever for those special 24 hours. We really needed the help because we were in for a lot of cooking.”

“For breakfast, it was just about anything one could find to eat around the house, such as egg sandwiches or boiled bananas and salted mackerel.”

Later, at about 2 o’clock it was bashment with fried chicken, barbeque chicken, and jerked chicken. The goat soup and curried goat would be upfront. We didn’t bake as cakes and pudding could be easily purchased.”

“We would take out all the chairs from the house which was arranged on the verandah and on the lawn.”

“And, there was this black mango tree providing shade as the children played, and we would be listening to music or playing dominoes.”

“All the foods would set out in barbeque style with the children shared first and then everyone self-served. Among the goodies was my father-in-law’s special drink – made from carrot, beet root, and supligen.”

“My son Kyle had a whale of a time jerking chickens. And, he would be jerking for days before and after Christmas. So, I had to be buying more and more chickens to be jerked.”

“My special Christmas wish is that, let us go down in history as being one country recording zero crime rate this Christmas. It can be done; if we just believe and live in peace and unity.”