LaVie Lujah: A dream once deemed lost has come true 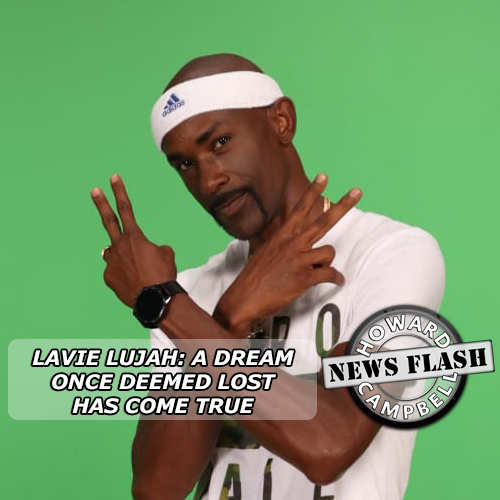 Last July, singer LaVie Lujah traveled from his home in Toronto to Atlanta, Georgia where he defended his title in the Jamaica International Independence Festival Song Competition (JIIFSC). His entry, “Jamaica Rise And Shine”, placed second but he had other plans for the patriotic single.

It was released in October as part of his self-titled debut album. The 21-song set hit the market just over one year after production on it started in Toronto where Lavie Lujah has lived for 20 years.

It also contains “Certified Yardie”, another ode to Jamaica, which won the inaugural JIIFSC in 2021.

“I am proud to identify with my Jamaican roots, so naturally it was fitting to include both songs on my debut album. When one travels or resides outside of Jamaica you experience a different attachment to the Jamaican culture and realise its global power and uniqueness. For that I am grateful and when you are grateful, you never miss an opportunity to express that gratitude,” LaVie Lujah reasoned.

“I Am LaVie Lujah” is co-produced by Small Axe Music Production, Fyahbeats.com and SFRbeats.com. It was released two years after “I Can’t Breathe”, his first song which was inspired by the horrific death of George Floyd in May, 2020.

Originally from St. Elizabeth parish in southern Jamaica, LaVie Lujah is a behavioural specialist by profession. He migrated to Canada at the dawn of the Millennium and while a career in music was always a dream of his, being educated for a conventional job took precedent.

Regarded as Jamaica’s bread basket because of its vast farmlands, St. Elizabeth has also produced a number of top artistes including Tyrone Taylor, Yasus Afari, and Protoje. It is the ancestral home of Jacob Miller and Maxi Priest.

As much as he loves Jamaica, LaVie Lujah carries a similar passion for his home parish. Which makes the release of his album even more special.

“I feel excited and fulfilled to know that a dream once deemed lost has come true and an idea long ago conceived has become a product to be consumed. I also feel humbled to be the first from my little bush (named) Kinowl in St. Elizabeth to produce a music album,” he said.