Rvssian and Skeng ‘Switch’ Things Up 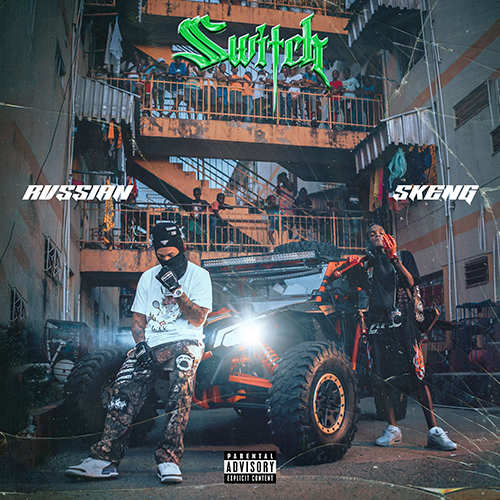 Music producer and recording artiste Rvssian collaborated with Skeng on his new single Switch. Under his Head Concussion Records Label, the single has received great feedback from fans worldwide, showing the extensive reach of both artistes’ fan bases.

Rvssian, who has released 23 and Cheese both with Skeng, said his fans have been asking him for new music daily. The ‘Switch’ artiste shared that he conceptualized the song while in the studio and sent it to Skeng, who immediately jumped on the track. The two have worked together numerous times and have built a solid business relationship.

Tarik ‘Rvssian’ Johnston rose to popularity back in 2010 with the release of Vybz Kartel’s Life Sweet followed by his popular collaborations with Kartel on Straight Jeans and Fitted and Look Pon We. He has since made a name for himself, with several of his productions going certified platinum by the Recording Industry Association of America (RIAA). He also worked with international artistes such as Cardi B, French Montana, Farruko, and other well-known artistes in the Latin and Hip-Hop/Rap Market.

Known for his versatility and ear for good music, Rvssian is eager to release more great content and work with fast emerging talents, as he is adamant that “dancehall needs it”. He urges producers to work with new acts to “experience new styles and flows”.