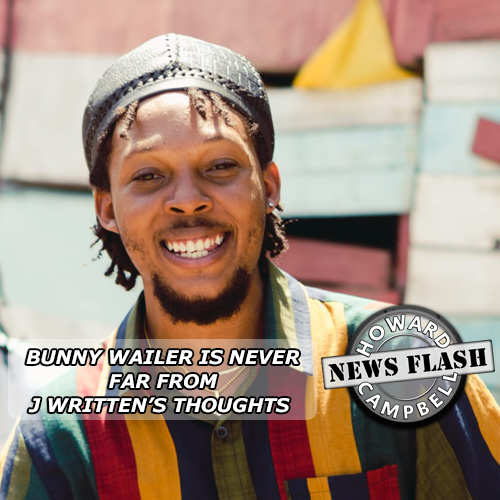 It’s not everyday that aspiring reggae artistes get a chance to meet a living legend. But that’s what happened five years ago when J Written came face to face with Bunny Wailer at his Kingston home.

What transpired during that first meeting guided his focus as a serious singer/songwriter. One not consumed with hype, but substance that will ensure a lasting career.

“It wasn’t something planned but the meet-up happened when (singer) Dre Tosh had a rehearsal in Bunny Wailer yard, and my friends being his musicians, I was pulled along for the experience. When I got there it wasn’t what I expected ‘cause we didn’t see him until the musicians played a wrong note; it was then we realised he was listening behind the scenes, he expressed his discomfort of feeling so nice with the music and then that one wrong note screwed up his meditation,” J Written recalled.

“I personally loved the fact that even though he was an elder, he came out and corrected us and gave us that energy to move on and get better at it. Working with him on the Wailers Trio project was phenomenal, just that little nod of acknowledgement he’d give you would make you feel good ‘cause he would only intervene if it’s going bad, so he’d naturally give you that freedom ‘cause that’s what music is.” 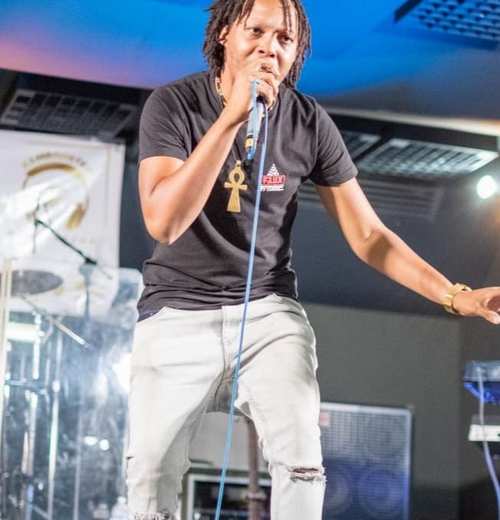 The Wailers Trio also included Wailer’s son Asadenaki and Blvk Hero. Along with J Written, they recorded songs for “Soul Rebel”, an EP marking the 50th anniversary of the celebrated album of the same by The Wailers — Bunny Wailer, Bob Marley, and Peter Tosh.

Not much has been heard of the Wailers Trio or that project since Wailer’s death in March, 2021, but J Written (previously known as Written) has moved on to record a number of songs for various producers. He is currently promoting “Nothing Like Love”, produced by Gravity Records.

The song is written through the lens of what Jamaicans refer to as “a ghetto youth”. He is pushing for peace in troubled communities, despite temptation for a return to ‘badness’.

From the tough community of Payne Land in Kingston, J Written is familiar with that story. Sheltered by his family from community thugs, he became a member of his high school debate team and eventually got involved in music as Written.

“My style of songwriting is inspired by everything because I have many purposes for writing. I write to give joy, I write to remind you, I write to show you what I believe as my truth. It might not be yours but it is my opinion and view on certain things, and I write to carry on the message of what I know,” J Written explained.

“Nothing Like Love” transcends lyrics. It is part of his plan to help bring stability to Jamaica’s inner-city communities where The Wailers and other Jamaican greats once lived. Whenever he writes or sings, Bunny Wailer is never far from J Written’s thoughts.

“I was blessed with the opportunity to record for him as a part of the Wailers Trio on the “Soul Rebel” album. I was just recording some songs and came to the realisation that one of those songs was his favourite, so ultimately I give thanks for doing that for the General Bunny Wailer,” he said.