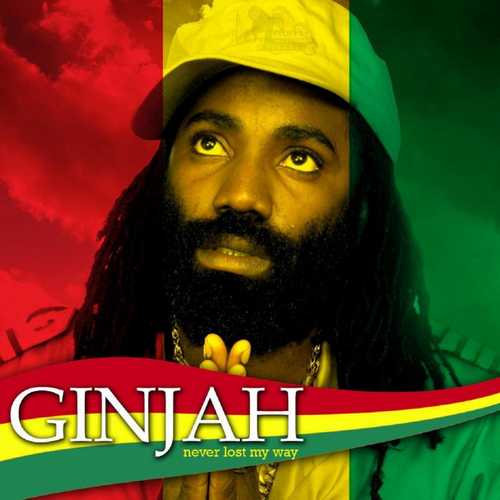 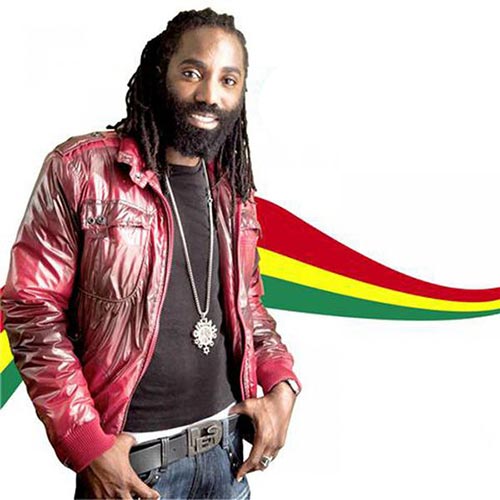 Since he first drew international attention with the 2000 released single “War In The City”, the reggae massive has been waiting for a full length album of Ginjah to be released. In 2004 Ginjah himself reported that he had completed an album for Beres Hammond’s Harmony House label, but for whatever reason it has never seen the light of day. In recent years Ginjah scored a few hits including “Nah Give Up”, “Welcome To My World” and “Music Alone”, and now there’s finally his debut album out on the streets.

With his single releases Ginjah (real name Valentine Nakrumah Fraser) has proven to be a talented lyricist and also his vocal prowess showcased that he’s an artist with huge potential. For this debut set he has teamed up with currently one of the best young roots-reggae producers in Jamaica, Kemar ‘Flava’ McGregor (not related to reggae veteran Freddie McGregor!!). Over the years this very talented producer has been responsible for some great hit riddims, the most recent being the “Classic” riddim, and has gained acclaim for songs such as Turbulence’s “Name And Number”, Nesbeth’s “Board House”, Queen Ifrica’s “Daddy Don’t Touch Me There”, Beres Hammond’s “I Surrender”, Etana’s “I Am Not Afraid”, Morgan Heritage’s “Nothing To Smile About” and Richie Spice’s “Di Plane Land” to name a few. Furthermore he produced albums such as Sizzla’s “Speak Of Jah” and “Brighter Day”, Anthony B’s “Smoke Free”, Luciano’s ‘Upright”, and more recently Chuck Fenda’s “Fulfillment”, Glen Washington’s “Vibes” and Gyptian’s “Revelations”. So to be added to this roster of artists isn’t bad at all and will hopefully give Ginjah the big breakthrough he truly deserves.

The album opens very strong with the great title track “Never Lost My Way”, which comes across the mighty “Rub-A-Dub” riddim, earlier featured on VP Records’ “Riddim Driven ~ Rub-A-Dub”. It’s followed by the beautiful lovers piece “Time” on the brand new “Classic” riddim. Another truly great ‘DJ Flava’ produced riddim, “Ghetto” (a clearly retro-inspired backdrop especially with its riff reminding of Augustus Pablo’s legendary “King Tubby Meets Rockers Uptown”), underpins the excellent “Solidarity”, an awesome anti-violence tune… “There’s no future in the guns. Clean up your livity, you’re too wicked. Show love in the community, sounds good to me. We need solidarity, don’t be stupid.” Ginjah knows what he’s talking about as he grew up in St. Catherine’s Central Village, a very violent area where many of his friends died by the gun. All in all a great way to start off an album!!

Next up is the very moving “No Regrets”, which fully showcases Ginjah’s outstanding lyrical and vocal abilities across an acoustic version of the “Drop It” riddim. The above par “Where Is It”, for which Ginjah rides the “Rocksteady” riddim to full effect, preceeds the excellent “Day Dreamer” on the “83 Rhythm”, probably best known from Queen Africa’s controversial hit “Daddy Don’t Touch Me There”. One of his biggest hits to date, “Music Alone”, remains a tune worth hearing. “Get Out Of My Life”, utilizing the same acoustic riddim as Etana’s “Free”, is a solid conscious tune about how poverty affects people’s life. “Welcome To My World” across the regular “Drop It” riddim is a strong lovers tune, with Ginjah’s delivery making it really heartfelt. Also “My Dear Princess” deals with matters of the heart and is a real nice effort to hear.

No filler amongst the first ten tracks of this collection, which already says a lot about the quality of Ginjah’s debut album. And another good thing is that the remaining five tracks don’t show any decline in quality. “The Prayer” on the “Sweet” riddim is an outstanding cultural tune in which he praises His Imperial Majesty, which he continues to do in the wonderful “Jah Miracle”, a song with a completely different vibe that comes across the “Higher Priest” riddim. The “Triumphant” riddim, known from Gyptian’s 2006 scorcher “Mama”, kicks off a lovers selection with first the lovely “Love Mood”, and then the solid “One Of A Kind” (sung in a style that somehow reminds of Garnet Silk) and the acoustic “The One”.

Conclusion The long wait for Ginjah's debut album has been worthwhile and one can only hope that the reggae massive will purchase this great album of one of the most underrated artists in the reggae business.