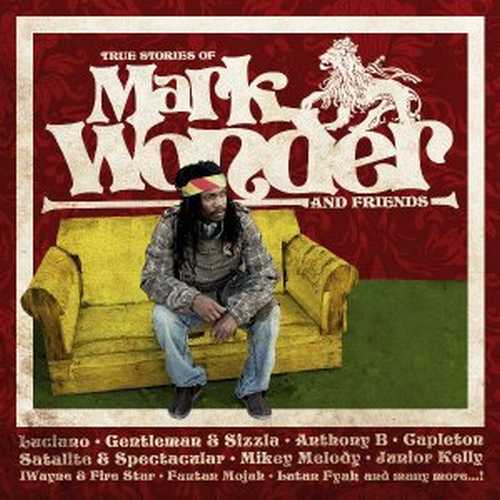 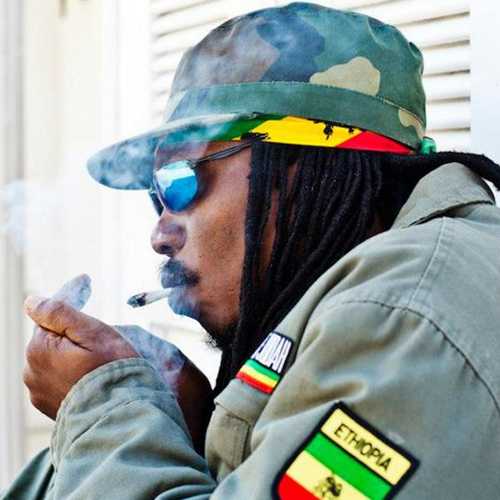 It’s very hard to understand and also a real pity that Mark Wonder, apart from reggae connoisseurs and a small devoted fanbase, hasn’t received the attention and appreciation he deserves. This amazing and gifted singer, whom Jamaica’s Daily Gleaner once described as ‘a sound very reminiscent of Garnet Silk’, has been blessed with an awesome musical talent. Whether he is praising the Almighty, dealing with matters of the heart, chanting revolutionary songs laced with social commentary, or keeping the fire of the ancient ones ablaze, his powerful and infectious vocal delivery and master song crafting are always present.

Mark Wonder (born Mark Andrew Thompson in Kingston, Jamaica) developed his craft around the sound systems in and around his community. From there he got the opportunity to go to the recording studio. King Jammy was his first stop where he did one recording. Not getting enough attention he moved on to neighboring Black Scorpio, which eventually launched his recording career. For producer Jack Scorpio he first recorded the songs “Love Is What You Want” and “Don’t Pressure Me”, both appearing on compilation albums, before the producer released his very first vinyl single “Caution”. Then came “Girl I Love Your Style” and “A We Rule”, all on the Black Scorpio imprint, which were followed by a string of singles on other small labels.

His debut album, the 1996 released hard to find “Sign Of The Times” on Zola & Zola Records, was produced by KC White. Unfortunately it didn’t get much attention, mainly due to all kinda problems including a dispute about financial matters between KC White and Zola & Zola Records. Since then Mark Wonder has continued to record singles for many labels including Al.Ta.Fa.An, Addis Records, Jam Style, Tan-Yah, Bobby Digital, Soundproof Productions, Special Delivery, Pow Pow, World-A-Music, 321 Strong and Acoustic Vibes. Besides that he has also recorded several albums which include “Jeremiah”, “Break The Ice”, and a live album which was recorded in 2001 in Switzerland titled, “Mark Wonder Live at the Couple with Special Guest Prince Theo and the New Land Band”. To control his own music he started the Battle-Axe Productions, which led to the release of the “Victory: The Mystery Unfolds” album in 2007.

Mark Wonder’s latest album, “True Stories Of Mark Wonder And Friends”, is an obvious attempt to finally bring him to a wide international audience. Let’s hope that a little help of friends such as the successful and widely known Luciano, Sizzla, Anthony B, Capleton, and Junior Kelly to name five, is indeed going to propel Mark Wonder’s career several steps forward. This 15 track album is a catchy compilation of well produced modern reggae music, with combination tunes performed over a selection of mostly familiar riddims such as “Senior”, “Addicted To Music”, “Security”, “Kiana”, and “Tsahai”. Almost every song featured here is built on solid ground, while the guest appearances are responsible for spicing up the listening experience.

The album kicks off in real fine style with the acoustic “So Long”, a cultural tune that fully showcases the great vocal skills of both Mark Wonder and Luciano. From there it’s furthermore a joy to hear compelling tracks like “Jah Highway” with Gentleman & Daddy Rings, the outstanding “Still Deh Deh” with Lutan Fyah, the beautiful “They Don’t Care About Life” with I Wayne & Fire Star, “Only The Strong” with Lutan Fyah, the wicked “Don’t Say No” with Junior Kelly, and the solid duet with Anthony B, “Oh Woman (Don’t Cry)”, which has a very nice message and vibe. The album is rounded off with the decent lovers piece “When I See You Smile”, which ironically brings together two vocalists who have a lot in common when it comes to the development of their musical careers.

Conclusion This is a convincing modern roots album, one that could bring Mark Wonder to the long overdue attention of many ignorant reggae fans.