Leroy Smart – The Don Tells It Like It Is… 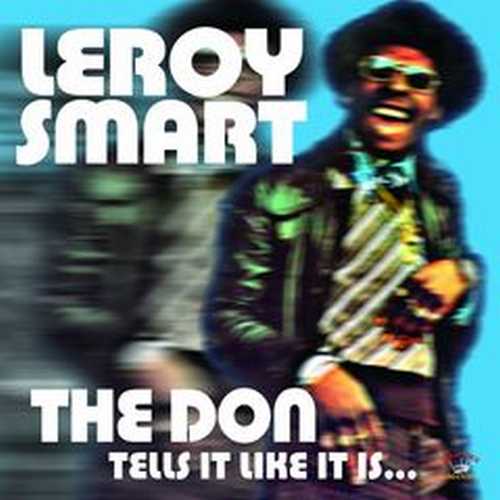 Title: Leroy Smart – The Don Tells It Like It Is…

Leroy Smart, the self proclaimed Don, was born 1952 in Kingston, Jamaica and orphaned at the age of two. He was raised at Maxfield Park Children’s Home and educated at Alpha Boys School, where he studied singing, drums and dancing. In 1969 he recorded his debut single called “It Pains Me”. After that he made the usual rounds of Kingston producers, achieving his first hit success in 1974 with the Jimmy Radway produced single “Mother Liza”. Throughout the ’70s he continued to be successful with recordings for Bunny “Striker” Lee, Augustus “Gussie” Clarke, Joseph Hoo Kim and many other producers. He achieved classic status with gems such as “God Helps The Man”, “Pride And Ambition”, “Ballistic Affair” and “Mr Smart”. “Hey hey people, my name is Mr Smart. Some of the girls are saying I’m a man with a great heart.”

When Leroy Smart is good, he is really good! And, yes, he’s really good on this excellent collection of tunes he recorded during the mid-’70s for Bunny “Striker” Lee, the hitmaker from Jamaica who gave Leroy Smart the breakthrough he then fully deserved. At the time the Don’s powerful voice just sounded great over the awesome Aggrovators riddims he had to voice for “Striker” Lee. This roots & culture oriented cd contains 16 cuts (14 on the vinyl LP) that can be considered as a collection of the singer’s strongest records for “Striker”.

Things get started with the superb original version of “God Helps The Man”, which is followed by killer cuts such as “Mr Smart”, the more than worthwhile second cut to “Pride And Ambition” (originally recorded for the Wailers’ Tuff Gong label), the biting “Wreck Up My Life”, which was another big hit for Leroy Smart, “Bad Minded People” and the attacking “Mr Richman”, telling the still prevalent story of rich against poor. Version aficionados are likely to have a ball with this compilation and (among other tunes) will come along wicked relicks of The Heptones’ “Give Me The Right” (“Wreck Up My Life”), Slim Smith’s “Conversation” (“Jah Show Them The Way”), The Abyssinians’ “Declaration Of Rights” (“Let Your Heart Be Pure”) and “Satta Massa Gana” (“It Makes No Sense”).

Conclusion This compilation contains some of Leroy Smart's best work. Not to be missed!!