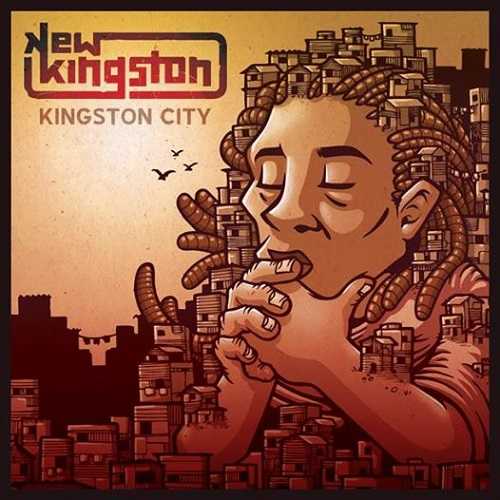 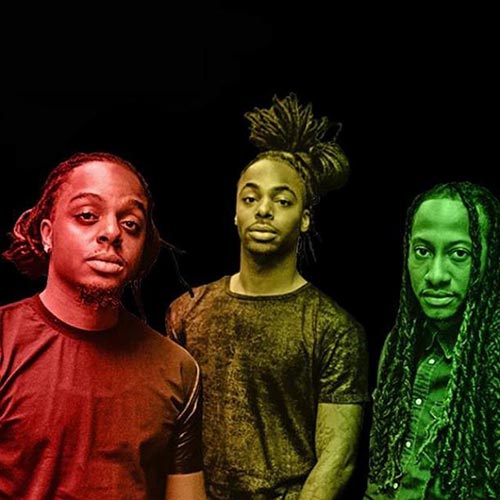 The New York-based New Kingston collective is back with their third full length album to date, the very fresh “Kingston City”, which follows up their 2010 released debut set “In The Streets” and “Kingston University” from 2013.

New Kingston was formed in 2006 in the basement of their Brooklyn home, when brothers Tahir Panton (keyboards/vocals), Courtney Panton Jr. (drums/vocals) and Stephen Suckarie (guitar/vocals) began covering music by the likes of Bob Marley, Earth Wind & Fire, Dennis Brown, Michael Jackson, The Whispers and many more. The three brothers, under the watchful eye of their father (and bassist) Courtney Panton Sr., called themselves New Kingston to appropriately reflect a combination of their Jamaican heritage and their present lives in progressive New York City. The musical styles of both places informed their sound and songwriting.

They began performing in other basements and small backyard parties around town, all the while developing their skills and beginning to write their own original music. Talent rises to the top, and soon enough New Kingston started a heavy touring cycle supporting reggae bands and artists such as Rebelution, The Green, SOJA, Matisyahu, Beres Hammond and Collie Buddz, while also securing spots on notable festivals such as the California Roots Festival, Reggae On The River, Summer Jam (Germany), and Uppsala Reggae Festival (Sweden), to name a few. For a while, they joined Collie Buddz to tour as his backing band, which exposed them to international audiences, while continuing their education on what it takes to make a great live show. It also helped them realize they had tons of their own original material and they quickly moved from that role to being a headliner on their own. New kingston never stick to a stale formula for what reggae should sound like. As second generation Jamaican-Americans, they are able to just as easily hold their own with the traditional reggae scene, which was also shown by Morgan Heritage when they started to establish their name in reggae circles.

New Kingston’s brand new studio album is a very strong collection of tunes with some strong backdrops, which apart from the group’s own songs also includes notable collaborations with Maad T-Ray & E.N. Young of Tribal Seeds, Kimie Miner, The Wailing Souls, Sister Carol, and the late, great father of dancehall, Sugar Minott. The album has a very interesting kinda ‘open’ sound, not only making it really nice to listen to for reggae fans, but also for other music lovers. Things get going in fine style with the opening track “Today”, which was produced in collaboration with Dub Inc from France, who built the infectious riddim for this laidback yet powerful sounding song. The downtempo “Mystery Babylon” with its signature pulsing bassline and cut-throat guitar is one of the standouts. Next comes the solid ganja tune “Who Tell Them”, which makes a good impression throughout. All in all a great way to open an album, especially as it makes you eager to listen to the other nine tracks.

And the good thing is that also these tunes are a real joy to hear. “Can’t Stop A Man” (not the Beres Hammond song) is a decent effort across a somewhat hip-hop vibed riddim, which however is outmatched by “Honorable” (with additional vocals from Junior Garrison). Hawaiian singer/songwriter Kimie Miner’s sweet vocal fully shines in combination with the vocal delivery of the three brothers, turning “You Are Mine” into a very convincing lovers piece with crossover hit potential as it fuses R&B and reggae to full effect. This also goes for “Good Luck Charm”, for which they teamed up with producer Moritz “DaBaron” v.Korf from respected Onesness Records outta Germany.

“Protect Me” harks back to the glory days of the harmony roots groups in the second half of the 1970s, not really surprising with the Wailing Souls providing the exquisite harmonies. Together with these veterans, the New Kingston trio delivers a crucial roots piece – truly outstanding!! Old-skool dancehall is what “Certain Girls” offers. A nice effort because it’s done in collaboration with the great Sugar Minott, but not a tune that will stand the test of time. Vcally and lyrically the R&B tinged “Key To Life” is simply beautiful, while the acoustic “I Believe In Me” isn’t far behind. On this track acoustic guitar is played by Andy Bassford, who played on Horace Andy’s “In The Light” album and other classic reggae tunes including Cornell Campbell’s “Boxing”. The collaboration with Sister Carol, “Conquer Dem”, rounds off “Kingston City” with aplomb.

Conclusion New Kingston's "Kingston City" is a sublime album, well worth checking out.