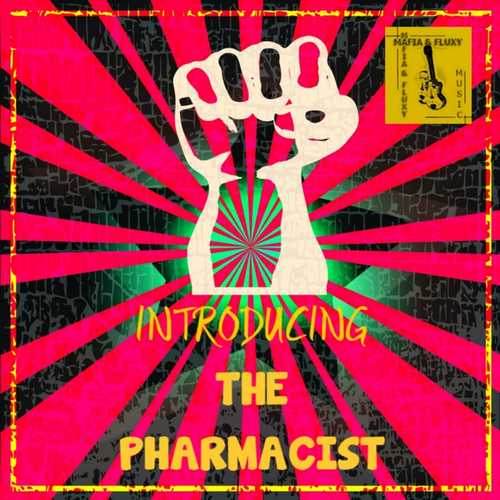 Mafia & Fluxy are the best known UK reggae riddim section and production team consisting of brothers Leroy and David Heywood. Their successful career began with London reggae band The Instigators in 1977. They backed countless Jamaican artists on UK and European tours, but also went to Jamaica where they build riddim tracks for renown producers such as Bunny Lee, King Jammy, Donovan Germain, and Philip “Fatis” Burrell. They became one of the most in-demand riddim sections of the reggae and dancehall scene. Leroy Mafia did well on the reggae charts with some fine (mostly lovers) tunes. They started their own label, producing artists such as Sugar Minott, King Kong, Gregory Isaacs, Johnny Osbourne, Cornell Campbell, and many many more. Wether it’s a tough dancehall riddim, an ultra smooth lovers tune or deep roots tune, they can handle them all.

Their latest effort is an extraordinary dub album called “Mafia & Fluxy – Introducing the Pharmacist”. The identity of The Pharmacist remains unknown, but he’s the one who is responsible for the mix of this dub album. It’s a traditional dub album, reaching back to the golden days of dub with dubmasters King Tubby, Scientist and King Jammy, offering twelve lethal cuts, played by the following players of instruments: Leroy “Mafia” Heywood (bass, piano and keyboards), Dave “Fluxy” Heywood (drums and percussion), on guitar Tony ‘Ruff Cut’ Philips and Stanley Matthews and the trumpet comes from Patrick Tenyue. Three engineers were involved in this project. Calvin “So So” Francis, the veteran producer/engineer Gussie P and Carlton “Dillie” McLeod of Stingray Records.

All tracks are solid gems, some of them are full of effects, while others stick to the bare drum and bass pattern. The opening tune is an awesome dub workout of Johnny Clarke’s rendition of “Declaration Of Rights” with Johnny’s vocals echoing in and out, across a militant riddim. Knockout tune! Next comes another scorcher as they lick the “Automatic” riddim, probably better known as Johnny Osbourne’s “Truth And Rights”. After the intro with Johnny’s vocals the bass line takes over and the riddim is brutally reconstructed. B”rent Cross Dub” is more or less an instrumental, no gimmicks and few effects but with a lovely flow.

Some titles refer to medicine such as “Ketamine Dub”, a medication used for anesthesia, “Tramadol Dub”, a pain reliever and “Amitriptyline Dub”, a drug to treat depression. The latter tune features a heavy severe bass line, wicked tune! “Cloud Burst Dub” is such a relaxing spacy tune, while “The Dub Has Come” has nuff nuff effects and a subtle, yet penetrating guitar lick at the beginning. One more tune we like to point out. “1st Trumpet Dub”, with Patrick Tenyue on trumpet, is a magnificent mind-blowing piece of ‘sound’, play it really loud!