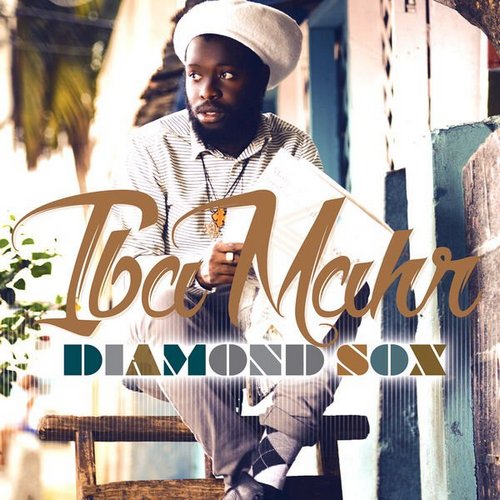 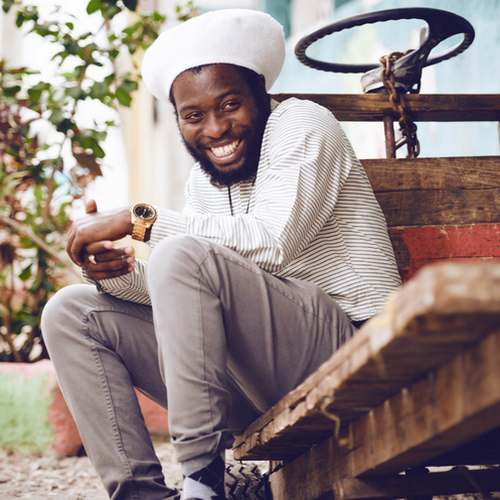 A few years ago ‘the black youth from Harar’, Iba Mahr (real name Mario Greaves), emerged on the reggae scene and since has steadily built up a local and international fanbase, and has managed to gain recognition and appreciation from reggae connoisseurs and fans of the current roots revival movement, which includes people like Dre Island, Chronixx, Exco Levi, Kabaka Pyramid and Jah9. His singles such as “Step Away”, “Let Jah Lead The Way” and “Great Is H.I.M.” signalled the arrival of a major talent, but he broke really big in 2014 with his first massive hit song, “Diamond Sox”, for which he collaborated with the production duo Wayne “Unga Barunga” Thompson & Jason Welsch aka Notis.

In the year of his breakthrough, Tad’s Records released Iba Mahr’s 9-track cd “Great Is H.I.M.”, a compilation of singles (except “Diamond Sox”) for producers such as Roland McDermot, Jermaine Edwards, Phillip James and Wayne “Unga Barunga” Thompson. And now (actually towards the end of 2015) there’s the reggae vocalist’s long-awaited official debut album entitled “Diamond Sox”, which has been produced by Jermaine Edwards and Roland McDermot for Born Rollin Production with also contributions from producers such as Michael Howell, Oneness Records from Germany, Conquering Lion Sound and Conrad Scarlett.

The opening track “Alter” (recorded at Tuff Gong Studios) showcases Iba Mahr’s interesting distinctive vocal style to the fullest across an original riddim that incorporates great horns and guitar solos. It’s a solid spiritual song, which, however, is outmatched by the marvelous “Glory Of The King”. The latter is a scorcher across Royal Order Music’s “Social Riddim”, which differs from the previous riddim track as it is a more basic backdrop with a dubby feel to it. Big tune!!! The opening part is rounded off in great style by the first collaboration on this album, “Pure And Clean”. The latter sees Capleton’s gritty vocal style contrasting nicely with Iba Mahr’s voice on a masterful relicked version of the classic “Death In The Arena” riddim.

“Sound A Alarm”, and also the vibrant love tune “Will I Wait In Vain”, are previous released singles which both were included on the “Great Is H.I.M.” set. The social commentary tune “Sound A Alarm” is the one that makes a real good impression, while “Will I Wait In Vain” isn’t far behind. Besides “Will I Wait In Vain”, this album features a few other tune that touch the lovers theme including the nice “You Give Me Joy” and the excellent “Fame In Our Court”, a timeless beauty done in collaboration with Jah9. We’re not overly fond of songs dedicated to the a reggae artist’s mama, but “Mama Rosie” is an effort we can bear.

Next comes the original version of the huge “Diamond Sox”, a tribute to tried-and-true Jamaican fashion staples like ‘diamond’ (argyle) socks, Wallabee Clarks, and mesh marinas. And even though we’ve heard this tune many, many times by now, it’s still a joy to hear it here again. And there’s even a remixed version included here!! It features Tarrus Riley and is arguably one of the best tracks on this album. Speaking of ‘best of the best’ you shouldn’t overlook “Haile”, a tune that grows on you, and the meditative “Travelling” across Oneness Records’ “Retro Locks” riddim, a beautiful do-over of the backdrop that underpinned Bim Sherman’s “Golden Locks”. At the end of this album there’s the uptempo ska beat (with on top Dean Fraser’s saxophone play) of the light-hearted dancefloor filler “Having Fun” that brings a smile on your face.

Conclusion "Diamond Sox" is a great album from an artist who has a lot to offer!!