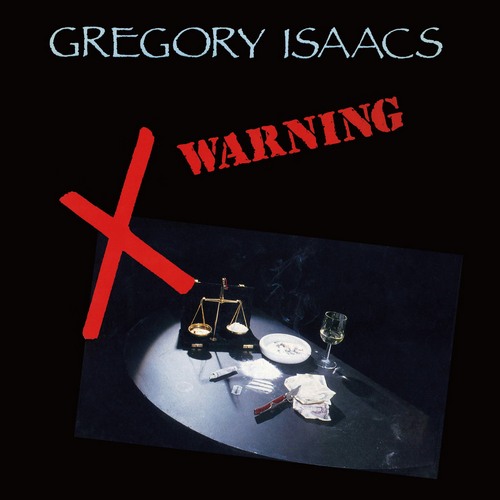 Sometime between the terrible murder of Osbourne Ruddock aka King Tubby on 6 February 1989 and the end of that same year came the release of Gregory Isaacs’ “Warning” album, produced by King Tubby. The latter had mainly done mixing work for other producers, before he opened his new larger studio in the Waterhouse neighbourhood of Kingston and then, in 1985, set up the Firehouse, Waterhouse and Taurus labels, which implied that he seriously launched himself as a producer and focused on the management of his record labels. His first hit on the Firehouse imprint was “Tempo” by a young singer named Anthony Red Rose. However the mix of that tune wasn’t, as one would expect, done by the dub genius himself, but by his two apprentice engineers Peego and Fatman. In fact it were these two engineers who were responsible for most of the mixing in the studio at 16 Dromilly Avenue.

In the mid-80s, after being jailed in Kingston’s notorious General Penitentiary for six months, Gregory Isaacs recorded for anyone and everyone who was prepared to pay him due to being short of money. And thus the market was soon flooded with Gregory Isaacs releases on any number of different labels. In the latter half of the decade, virtually every week saw the release of Gregory Isaacs material, voiced with then hot producers like King Jammy, Hugh “Redman” James, Tad Dawkins, Bobby Digital and Steely & Clevie, among others. During this period of very prolific recording it was obvious that not every album could maintain a consistent standard. However, one of the few releases that turned out to be a real winner was the brilliant “Warning” album for King Tubby. Unfortunately this killer 1990 digital album has been unjustly neglected since its original release on the aptly entitled Serious Business label.

The production is sparse, but the mixing is outstanding taking full advantage of the deadly digital riddims laid by the peerless Firehouse Crew consisting of George “Dusty” Miller on drums, Donald Dennis on bass and Paul “Wrong Move” Crossdale on keyboards with additional musicians Dean Fraser on saxophone and Vin Gordon aka Don Drummond Jr on trombone. Just as important is the balance of songs, and this time it’s just right, five reality tunes and five romantic offerings.

The opening track, the marvelous “Long Sentence”, pretty well sums up the sombre mood of the entire set. It’s followed by “Badness”, which actually is a killer digi version of his big sufferers tune “Wailing Rudy” from 1980 (around 1991 also done for Bobby Digital over a digital relick of the “Heavenless” riddim). “Rudy gone go wail again. Claim that him no have no friend!” The cautionary title track, “Warning”, is a solid piece throughout and the same goes for “Rudi”. And then there’s “Once A Man”, another masterpiece included here for which the Firehouse Crew created a giant-slaying digi version of the classic “Fade Away” riddim. Fans of Gregory Isaacs in his role as ‘Cool Ruler’ are treated to some fine lovers material with in particular “Greedy Girl”, “I Do” and “Let Me Be The One” leaving the best impression.

(Note : the tracks on the sleeve are listed in the wrong order.)

Conclusion Thanks to the good people at Dub Store Records this largely overlooked classic Gregory Isaacs album has been made available again. So ignore at your peril!