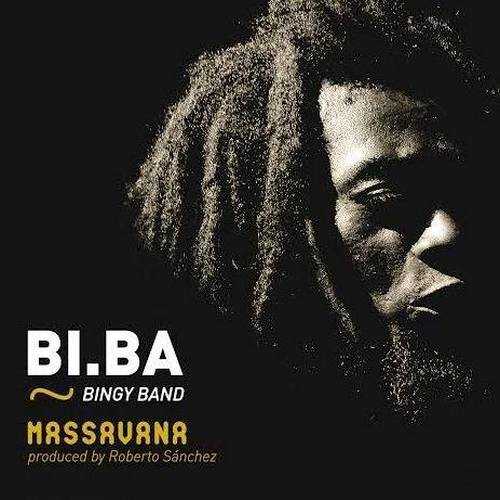 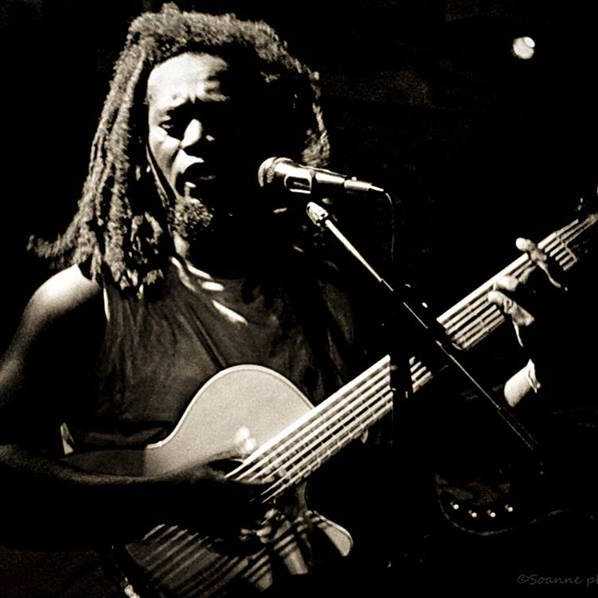 BI.BA BINGY BAND’s history can be traced back to 2000; originating in Madagascar (off Africa’s eastern seaboard). Their catalogue includes “Oh Jah” (2008) and “Madagascar” (2011). They have navigated the live circuit with electrifying results; sharing the stage with the likes of Alpha Blondy, Beta Simon, The Congos, Julian Marley, Danakil and an historic set with Jimmy Cliff in Madagascar in 2002. Though this is essentially a solo project, honourable mention of band members is necessary! Karim Ahmi-guitars, Fabrice Figaro-drums, Christian Razafindandy/Mathieu Roulon-keys and Antoine Santon-bass. Kazy sings in English, French and Malgache.

“Massavana” was recorded, produced and arranged by the golden touch of Roberto “El Scientist” Sanchez at A-Lone Ark Music Studio (Cueto, Spain). Volumes may be written about his mastery and absolute contributions to Reggae’s integrity. Since 1994, he’s been delivering top grade works with an emphasis of focusing on true Jamaican recording theory and original riddims from The Golden Age. Sounds like vibrations from 1973-81. His recent productions with Alpheus, Earl Zero, Milton Henry, Linval Thompson, Noel Ellis and The Viceroys stand as some of the premier sets of recent times. He’s involved with numerous Roots and Branches; including the Lone Ark Riddim Force (since 2003). On this project, the lineup is Inigo Elexpuru-drums, Roberto-bass/guitars/keys/percussion, massive horn section of Gorka Fernandez/Saioa Jorrin/Jimmy C. and Dubby Ambassah (mastercraftsman in his own right!)-percussion. Great backing vox from Roberto, Carlos Garcia and Papa Cruz. This set was mastered by Damien Bolo at Spectrum Studio(France).

The title track is a potent history lesson about revolution in Madagascar circa 1766. Kazy delivers in an instantly engaging manner that’s true to the core with Soul power! Such a rich riddim laden with lush horns, lilting bass and Inigo’s Carlton Barrett caliber drum style. Boom! “Love Me Today” is a beautiful Rocksteady piece that pulls out all the stops. Mr. Benjamin is such a versatile singer and he captivates with Love and affection. Upfront arrangements and production. “Maloka” is triumphantly delivered in Kazy’s heritage. This track evokes Channel One glory days; Lone Ark Riddim Force is to be reckoned with. Capture true Kingston vibration and inject infectious originality. The magic continues with “Let’s Go Now”. A hypnotic piece of forward movements; a positive anthem sweetened by Roberto’s mastery of the sound board. Slight nuances of Alpha Blondy here with great harmony. “Zarafina” possesses a Black Ark atmosphere that showcases Kazy’s immense talent. A soulful ode of Love for a beautiful Empress straight from the Heart. “Natty Dread Wanna” is tremendous in audio and video style. A textured Roots observation with great licks and kicks and ethereal harmonies. “La Paix” is a lively track delivered in French. This Rootsman just flows over the Jazz inflected riddim that’s quite remarkable. Tour-de-force!! It’s clear that fulljoyment was abundant during recording sessions.

“In The Garbage” is serious business; the definition of Roots music. “They don’t accept me in this society… because they say I’m different”. A powerful song of society’s misconceptions and brutality accentuated with impeccable musicianship and engineering. Vibes up on “Mr. Babylon”. Standout selection for sure. Kazy’s poignant delivery intertwines with the megaton riddim with Zion high results. “Ny Mpyanjaka” is a heartical ode that showcases the true talent of singer and players of instruments. Words cannot describe how beautiful this track really is… well oh well! This complete set closes out with four massive Dubs. “Natty Dub” is a pure example of why Roberto is dubbed “El Scientist”. The track is dissected and reassembled to perfection. Each instrument is allowed breathing room with coherent theory. “Maloka Dub” takes on hypnotic levels inna Lone Ark style. Mr. Sanchez has avidly studied the works of Osbourne Ruddock (King Tubby) and wisely utilizes the principles with a blend of fresh originality. “Zarafina Dub” transports us back to Lee Perry’s Black Ark glory days. Is this 1975 or 2016? Just an amazing treatment indeed. “Massavana Dub” is gloriously stripped down; allowing the intricate basswork, drums, keys and horns to shine. This Dub is akin to the recent vibes on “Viceroys-Memories (Iroko Showcase Vol.2)”.

Conclusion Every project that Roberto Sànchez and crew gets involved with ends up being certifiably incredible. "MASSAVANA" is no exception to this proven tracks record. Significant because it broadens Kazy's endless talent to all of Creation; important because it keeps Roots Reggae on the right track. Every note of every track is just right; one of those albums that makes the listener yearn for more and opens the door for listeners to check BI BA BINGY BAND's prior releases and ROBERTO SÀNCHEZ's vast catalogue. An absolute must... Highest caliber. GO DEH!!