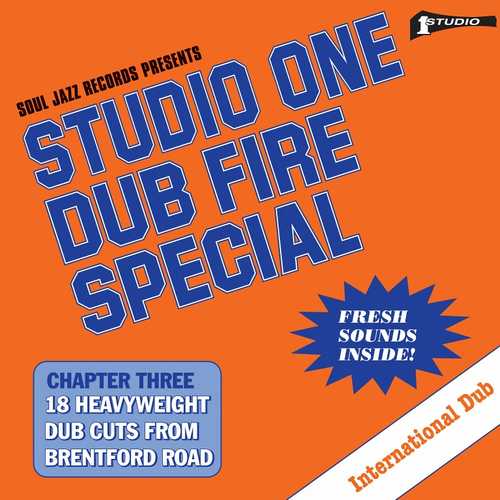 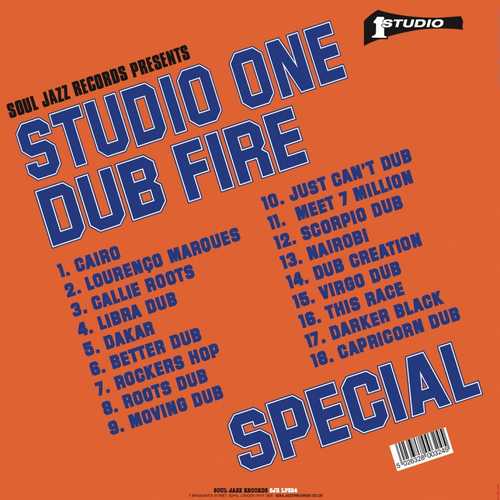 Coxsone Dodd’s talented recording engineer Sylvan Morris left the label’s infamous Brentford Road studio in Kingston, Jamaica, before the series of Studio One dub albums began, it’s likely that Mr. Dodd under the alias Dub Specialist mixed all the twelve dub albums himself. What makes all these dub albums particularly interesting aren’t the dub mixes, but the strength of the Studio One riddims, played by legendary in-house bands like Sound Dimension, New Establishment, Soul Vendors, Soul Brothers, Soul Defenders and Brentford All-Stars, that always shine through.

As, to our knowledge, only two of the original Studio One dub series have been reissued on cd, (“Roots Dub” & “Juk’s Incorporation”), it would be great if the remaining ten would also get a proper reissue. Anyway, this “Studio One Dub Fire Special” is a great collection of some of the finest dub cuts to classic and foundation songs recorded at Studio One.

Conclusion "Studio One Dub Fire Special" is a great collection.