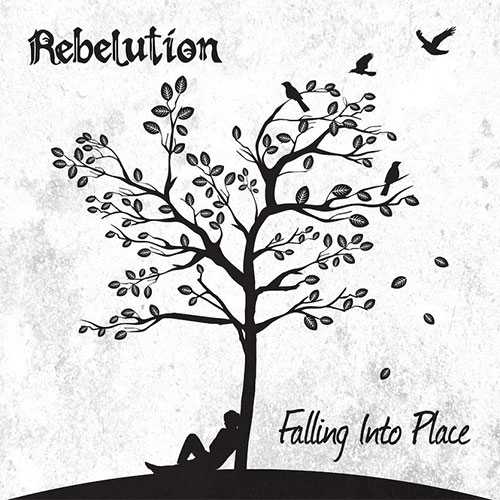 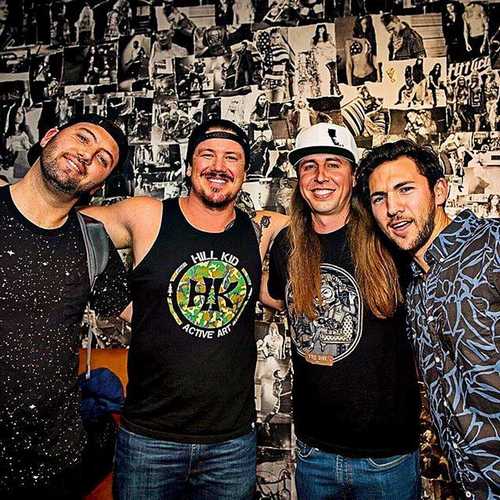 California based Rebelution members are Eric Rachmany, vocals and guitar, Rory Carey on keyboards, Marley D. Williams is the bassie, and Wesley Finley takes care of the drums. They first came together in 2004 while attending college in Isla Vista, where they were just a few buddies jamming together. They debuted with the album “Courage To Grow” in 2007. Next came “Bright Side Of Life” which was released on their own 87 Music label in 2009. Three years later they put out the triple-album “Peace Of Mind” with acoustic and dub versions, that marked a very high chart debut: #13 on the Billboard Top 200. The 2014 album “Count Me In” made a solid impression. Their latest release is the album “Falling Into Place”. Front-man, Eric Rachmany states “We named the album ‘Falling Into Place’ because all of our varied inspirations and experiences came together into one cohesive collection of music that we all really love.” The sound of the band can be described as “reggae, rock and fun sound with influences of funk, blues and dub”.

The album brings the listener eleven songs, six of them are produced by Supa “Dwayne Chin-Quee” Dups from Black Chiney Music. Black Chiney is a Jamaican sound system based in Miami, Florida. It consists of four Chinese Jamaicans: Supa Dups, Bobby Chin, Willy Chin and Walshy Killa. They have produced several riddims, such as the “Drumline & Timeline”, “Kopa” and “Higher Octane” riddims. One combination tune here, with Jamaican superstar Protoje, “Inhale Exhale”. It’s a great ganja tune, awesome effort! Proteje’s contribution definitely lifts the song to higher level. Multiple spin allowed! The opening tune “Know It All” is catchy and infectious and features a nice guitar riff. The song is a social commentary telling us that positivity will always prevail. Essential listening!

There are a couple of songs on the album that can be described as ‘pop-reggae’, not the kind a stuff we really appreciate. “Upper Hand” is such a tune. Catchy and musically certainly top-notch, but not a reggae tune. The same goes for “Lay My Claim”. “Santa Barbara” is a fresh – mid-tempo – lovers tune about “a wild-eyed girl in Santa Barbara”. “Pretty Lady”, also a mid-tempo reggae lovers tune is produced by Don Corleon. Those Days” and “Free Up Your Mind” are 100% solid efforts. The poppy “High On Life” invites us to “come on vibe with us”. The album closes with “Breakdown”, an orchestrated pop ballad which isn’t our cup of tea.

Conclusion Great musicians, catchy melodies and a front-man with an expressive voice, but too much non-reggae stuff.