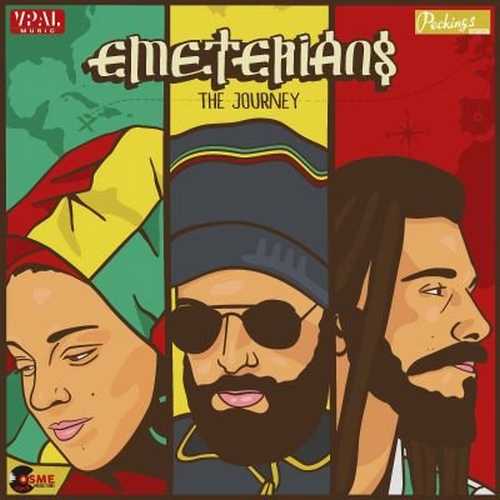 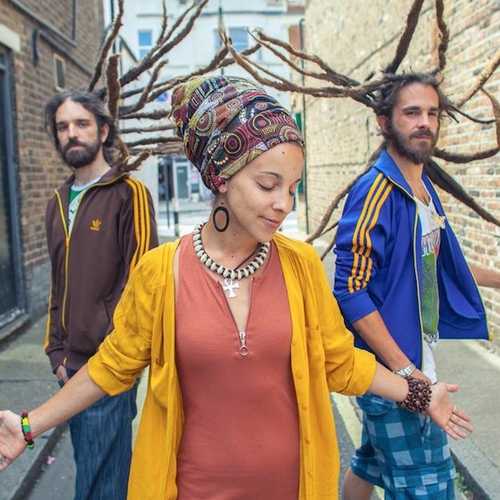 If you haven’t heard of a vocal trio that goes by the name of Emeterians, it’s time to get acquainted with them asap. Coming from Madrid, Spain, the 2004 formed Emeterians have recorded several EP’s, singles, four albums and a mixtape which reflect their musical journey so far. The highly talented trio, consisting of Brother Wildman, Sister Maryjane and Maga Lion, have taken the unusual step of sharing lead vocals and harmonies, with each singer having unique vocal qualities. Musically, through a combination of styles including Roots, Dub, New Roots and Revival Reggae, they successfully generate an original Jamaican flavour as can be heard on records as well as during live performances.

In 2007 they released their debut album “Seeds”, which in 2009 was followed by “Change The Mood”, for which they created a vintage sound with the focus on Dub mix, adopting techniques from Jamaican studios back in the ’70s. Two years later they came up with their third album called “Power Of Unity”, an original, versatile album that showcased Emeterians’ depth of talent as they presented new songs in new styles, based on a Roots foundation. Late 2012 they moved to London, which they see as “a strong cultural centre embracing Reggae within its multicultural society; making it a city of opportunity.” This not only led to the 2015 release of “Inna Different Style”, a mixtape for free download, recorded and mixed by Cosme Deyah, but also to an association with Peckings Records and Stingray Records.

And now, in the Summer of 2016, they present their fourth studio album, “The Journey”, which has been produced by Chris Peckings and Cosme Deyah. On this 13 track album, the Emeterians take the listener on a delightful trip through Jamaica’s popular music as this set contains a variety of styles including Rocksteady, Reggae, Roots, Lovers Rock and Dub. And it works from beginning to end, not least due to the fact that, no matter what kinda style they have to tackle, the trio is more than capable to handle each style in a fully convincing way. Great lead vocals and beautiful vocal harmonies perfectly complement the riddims that are exclusively recorded for this album or have been chosen from the Peckings oldies collection.

Included on “The Journey” are 12 original cuts and a truly well done version of the Abyssinians’ classic “Y Mas Gan” from 1972. The opening track “Love Revolution”, a solid starter with some nice toasting, and the matching single “Music Lover” across the “Soul Rebel” riddim takes us back to the sounds of the early reggae era. Especially “Love Revolution” is a tune that really grows on you the more you play it. “Feeling Good” comes across an original Rocksteady riddim (you can even hear the scratches of the platter) from the Soul Agents. Totally different feel and vibe comes with “Have Faith”, an excellent roots tune with a vocal delivery that somewhat reminds of Black Uhuru. A real scorcher and one of the album’s highlights. After the aforementioned “Y Mas Gan”, it’s vintage Rocksteady time again with “Come Back”, which again is underpinned by an original riddim (this time without the scratches). If we didn’t know that this was done by the Emeterians, we’d swear it was an original recording from the Rocksteady era. Truly a great lovers tune.

The beautiful voice of Sister Maryjane takes the lead on the worthwhile “Hardest Thing To Say”, which features the great Dean Fraser on sax. “Spiritual Revolution” is a deep roots song that leaves a serious impression. One for the rootical Sound Systems! And the goodies keep on coming with first the great “Lovers In The Distance” (reminiscent of the Wailing Souls in the late ’70s/early ’80s) and then “Journey What Matters”, an entertaining tune across the album’s third original riddim from the Rocksteady days. Next comes the message tune “Nah Feel Irie”, which unfortunately lacks lyrics to keep you involved. Not really surprising that it’s outmatched by “Who Run This World”, an excellent effort with contributions by Javier Martin Boix on guitars and Lázaro Barrizonte on sax. The album is rounded off by “Lead The Way”, a roots song with an awesome bassline and dub effects. This one is a killer with a strong reference to the current Roots Revival movement in Jamaica.

Conclusion A very interesting and fully convincing album from the Emeterians. Not to be missed!