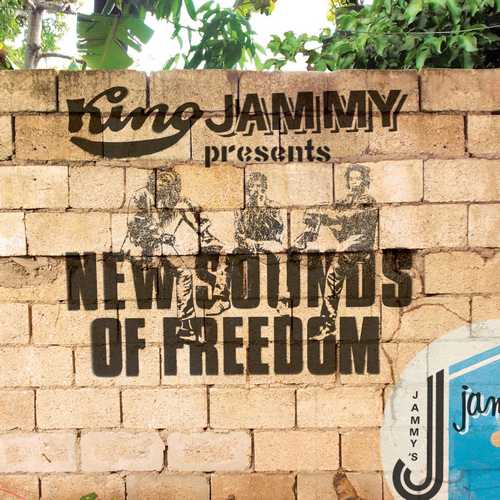 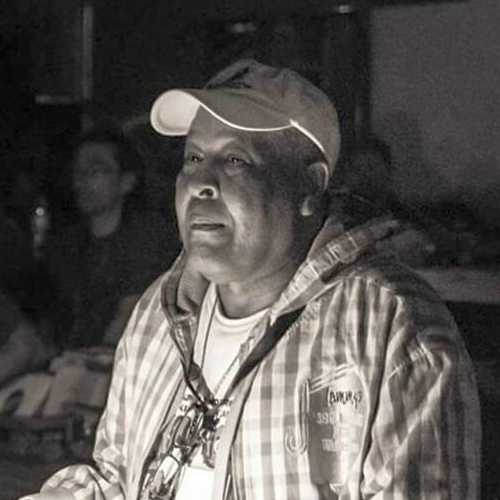 It was the third incarnation of Black Uhuru, consisting of founder Derek “Duckie” Simpson, Michael Rose and the visually arresting, American Born Puma Jones, that started to create real excitement on an international level and managed to become a successful crossover reggae act in the early 1980s, not least because they came under the hands of the riddim twins Sly & Robbie. The vocal trio Black Uhuru (Uhuru is Swahili for “freedom”) was formed in 1974 and comprised of Derek “Duckie” Simpson, Don Carlos and Rudolph “Garth” Dennis. When Don Carlos decided to work on a solo career and Garth Dennis joined the Wailing Souls, Duckie Simpson was joined by Errol Nelson from the Jayes and new lead singer Michael Rose, who already had recorded for Winston “Niney” Holness (notably on “Guess Who’s Coming To Dinner”) and Ken “The Mighty Fatman” Gordon (the epochal “Born Free”) as a solo artist.

Ever true to their Waterhouse roots, the reformed group went directly to Prince Jammy who was still working at King Tubby’s Dromilly Avenue studio as resident engineer, but was also looking to establish his own record label. Together they decided to record an entire album’s worth of material. Jammy took the controls and arranged and produced the material, together with a back up band consisting of Kingston’s leading session musicians including Earl “Chinna” Smith, Bo Peep, Bingy Bunny, Earl “Wire” Lindo, Cedric ‘Im’ Brooks, Keith Sterling, Gladstone Anderson, Winston Wright, Robbie Shakespeare, Sly Dunbar, Santa Davis, and Scully. The tracks were recorded at Harry J’s state-of-the-art recording studio with Sylvan Morris at the controls. Prince Jammy himself performed the final mix of the tracks at King Tubby’s. The resulting 10 track album entitled “Love Crisis” was released in 1977 on Jammy’s own label in Jamaica and in the UK on Count Shelley’s Third World label.

Initially the “Love Crisis” album met with limited success, but when Greensleeves released a remixed version of the album — retitled “Black Sounds Of Freedom” — at the height of the group’s international success in 1981 it reached a far wider audience. In 2009 Greensleeves released a deluxe edition of the album as they collected together the 1981 “Black Sounds Of Freedom” remix set, “Love Crisis” in its original form, and three notable tracks from Kingston 11 deejay U-Black — a great deejay from that era — across the rugged riddims of “I Love King Selassie”, “Hard Ground”, and “Sorry For The Man”.

Now the album returns in a modern day form as King Jammy revisits the seminal album that launched his career as a producer. The 10 track (very old-skool!) album blends the original recordings (with some overdubs by Tony Asher, Spider and background vocals from Shereda) with new lyrics that add a contemporary relevance and underscore the timeless quality of the originals. Each song is revamped with new lyrics from artists including Alborosie, Chronixx, Dre Island, Gentleman, Kabaka Pyramid and U Roy. King Jammy: “I wanted to enhance these songs, but give them the vintage feel. I have great adoration and respect for this album and want it to live on with reggae music fans.”

What can go wrong with such a strong set, the original album is a classic collection, and this updated version adds many positive musical vibes! Chronixx’s song on the album was released as a single. His tune covers “I Love King Selassie I” and Black Uhuru’s vocals combine masterfully with the relaxed vocal delivery of Chronixx. Italian reggae superstar takes the original cut “Time To Unite” and turns it into a superb song of his own called “Peace Treaty Style”. Dre Island’s “Walls Of Babylon” is a fitting do-over of “Eden Out Deh”. For the biting lovers tune “Sorry For The Man” Jammy invited veteran deejay Tony Rebel who added a powerful toast called “Dog Nyam Yuh Suppa”. Bounty Killer’s career started when he got together with King Jammy at the beginning of the 1990s. His tune “Another Day In The Ghetto” is a raw deejay version across “Hard Ground”.

German reggae icon Gentleman licks one of the most popular tracks from the album, “Satan Army Band”. His version lacks the power and energy we expect from him. Kabaka Pyramid, one of those younger artists who wants to return to roots and consciousness, joins Black Uhuru on “Willow Tree”. He calls his tune “Peace And Love”, a superb social commentary song. U Roy makes his appearance on “Natural Mystic”. He’s the only artist here who actually was part of Black Uhuru’s history. Still going strong after all those years! Check out his old-skool deejay toast! Shaggy and Beenie Man get together for a dancehall version of “African Love”. An established cross-over artist, here Shaggy shows he’s still capable of doing dancehall roots tunes. Louie Culture closes this unique project in perfect style as he gives his best on “People Bawling” across the original “Love Crisis”.