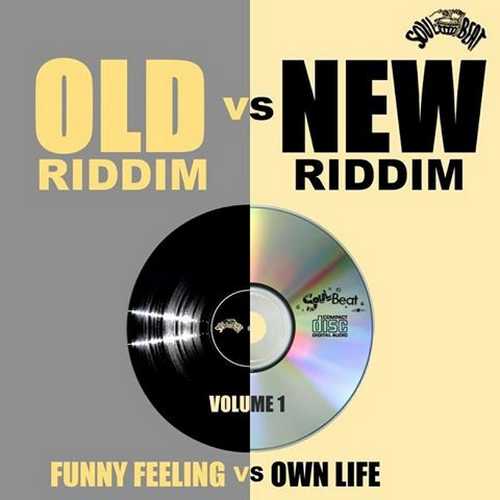 B.B. Seaton is one of the premier song writers in the history of Jamaican music. His career began in the early sixties, growing up listening to US based groups such as The Platters, The Drifters, The Tempations and The Four Tops. In 1961 he teamed up with Delano Stewart and Maurice Roberts to form The Gaylads. They recorded the hit single “Lady With The Red Dress On”, on Coxsone Dodd’s Studio One label. A series of singles and two albums – ‘Soul Beat’ and ‘Gaylads Sing Folk’, followed. In 1972, after ten years of working with companies like Studio One and Tip Top Records, he recorded his first solo hit “Accept My Apology”. A stream of hits followed, “Lean On Me”, “Thin Line Between Love And Hate”, “My Jamaican Girl”, “Born Free” and “No Good Girl” just to name a few. Furthermore he also recorded a string of fine albums.

Throughout his career he has written numerous hit songs for other artists, and in his capacity of A & R at Studio One, Tip Top Records and Beverly Records, he auditioned artists like The Heptones, The Melodians, The Kingstonians, Lloyd Parks, Fred Locks and introduced Jackie Mittoo to Coxsone Dodd at Studio One. He served as executive member and vice president for the Jamaica Federation of Musicians. He received the El Suzie Award as best song writer and the Jamaican Cultural Development Award for pioneering Jamaican music as one of Jamaica’s most recognized singers and songwriters. BB is now releasing some of his vintage productions on his Soul Beat Record label in London.

Recently an interesting release arrived at our desks from BB Seaton’s imprint. It features two riddims, one vintage riddim and a new one from last year. We all know what a gifted songwriter BB is and the songs on this (mini) album are without doubt a decent collection of reggae tunes. But… even your Reggae Vibes crew didn’t know that BB is responsible for the riddim of Dennis Brown’s monster hit “Funny Feeling”. This release brings you four licks of the tune he and The Gaylads sang in the 1970s. The riddim is powerful with a commanding bass line and superb horn arrangements. The original lick from BB Seaton outmatches the Dennis Brown do-over, although Dennis’ tune is an impressive piece of music. The UK songstress Lady Lex – “Reach My Goal” is her tune – takes on the riddim with great passion, what a musical talent!

The outstanding track “Funny Feeling” is brought by K-Oss who gets assistance from Dennis Alcapone. K-Oss has made noise with a number of singles in several musical styles: dancehall, R&B, reggae rock. Here he does an excellent job singing like a rocksteady vocalist and Dennis toasting inna Treasure Isle style! Ottawa native Chris Stylez has been writing and singing music since he was a child. Stylez earned his triple threat status by creating melodies on his Yamaha keyboard and learning how to play the guitar under the mentorship of Ronnie ‘Bop’ Williams of the legendary reggae band The Wailers. He delivers his lovers tune “Who Told You” with conviction and emotion.

The next tunes are across the newly build “Own Life” riddim, an infectious reggae riddim. The BB Seaton tune tells a truly sad story about drug abuse, a song that really matters! Joanne Highland is a vocalist and songwriter based in Los Angeles. With a penchant for the reggae genre, she has been active on stage and in the studio with her own band Penny Reel as well as doing backing vocals for several artists. “Taking Your Own Life” is her quality effort here. K-Oss does a decent do-over of BB’s tune. Denzil Dennis aka Alan Martin, is a reggae singer from Jamaica who came to the UK in 1963. His tune is a deep religious gospel cut across the riddim and Christian Brewer closes this fine set with “Playing His Own Horn”, an instrumental take of the riddim.

Conclusion Worth checking it out!