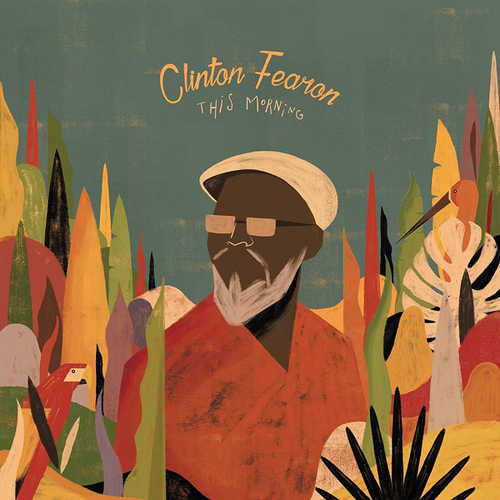 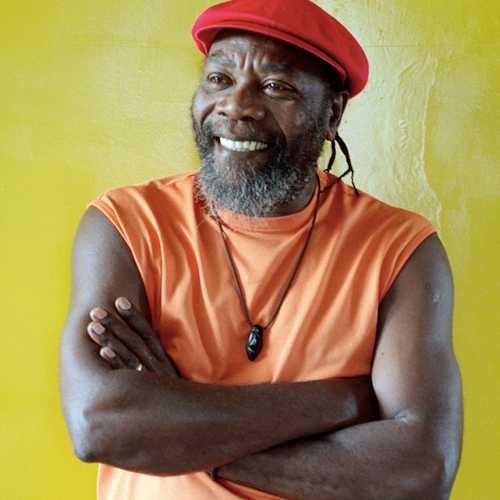 Clinton Fearon is part of the early history of Jamaica’s popular music and his career included work as a studio session musician for Coxsonne Dodd in Studio One and Lee ‘Scratch’ Perry’s at Black Ark, early recordings as The Brothers’ “Stand Firm”, and a lengthy stint with The Gladiators of which he was bassist, vocalist and lyricist, and with whom he recorded some classic albums. Since 1987 Clinton Fearon is living in Seattle, where he first was a member of a group called The Defenders before he founded the Boogie Brown Band in 1994. With that band he actually built a second reggae career, which started with the release of the self-produced album “Disturb The Devil” in 1995, in the next two decades followed by eight noteworthy albums and two great acoustic sets.

In 2016 the 65-years old reggae veteran is still going strong as can be experienced while listening to his latest studio album entitled “This Morning”. As one might expect from a Clifton Fearon album, this collection of brand new songs features live instrumentation, tight clever arrangements, infectious melodies, well written meaningful lyrics and a classic voice that comforts the listener. One might think that “Doctor Say” refers to Clinton Fearon’s recent health issues for which he underwent surgery in hospital, but that ain’t the case. This solid opening cut is a clever song about herb and its medical use… “Medicine gone green, doctor say. You can grow your own, but remember I must get paid. Medicine gone green, doctor say. They should have been from long long time ago.” From there it goes from strength to strength with quite a few outstanding tunes on which Clinton Fearon is aptly assisted by musicians such as Carlton “Santa” Davis (drums), Mark Oi (guitar), Alex Chadsey (organ, piano), Ire Taylor (percussion), Izaak Mills (saxophone), Nelson Bell (trombone) and Samantha Boshnack (trumpet).

Clinton Fearon’s ability to captivate the listener’s attention with storytelling songs comes to full expression on the excellent title track “This Morning”, previously included on the digitally released “Waiting EP”. Also the beautiful “Waiting” was featured on the aforementioned EP. Lyrically and vocally this one is a very strong effort. “No Justice” is a crucial message tune in which he shows himself concerned about seeing the police in the US employing the same atrocities as the Jamaican police. As Clinton Fearon states: “Coming from Jamaica where police brutality is rampant, it’s hard not to notice when you see it elsewhere. It’s present in the US these days and for too long. What I don’t get is how and why the same police who are supposed to be peace officers end up being war makers. There’s a saying today that Black Live Matter, yes it does, human live matter, life matters. We want to see justice.” Massive tune fi sure!! All in all these four tracks form a glorious opening part of this album. Also the rest of the material featured here has class stamped all over with in particular “Respect”, “Don’t Be Afraid”, Again and the album closer “Wi A One” being the ones that provide truly delightful moments.

Conclusion Clinton Fearon's "This Morning" is a great listening experience that even after several spins remains an album of enchanting beauty. A not to be missed collection!