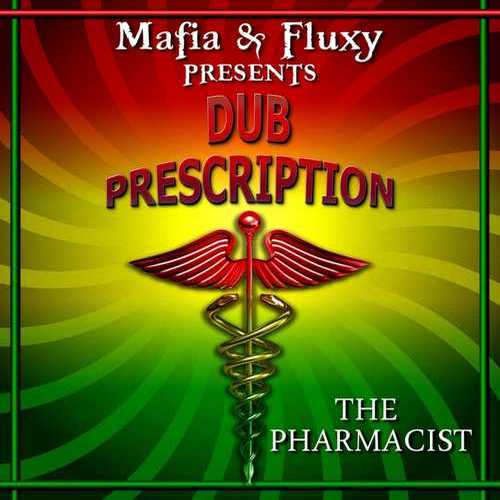 Mafia & Fluxy are the best known UK reggae riddim section and production team consisting of brothers Leroy and David Heywood. Their successful career began with London reggae band The Instigators in 1977. They backed countless Jamaican artists on UK and European tours, but also went to Jamaica where they build riddim tracks for renown producers such as Bunny Lee, King Jammy, Donovan Germain, and Philip “Fatis” Burrell. They became one of the most in-demand riddim sections of the reggae and dancehall scene. Leroy Mafia did well on the reggae charts with some fine (mostly lovers) tunes. They started their own label, producing artists such as Sugar Minott, King Kong, Gregory Isaacs, Johnny Osbourne, Cornell Campbell, and many many more. Wether it’s a tough dancehall riddim, an ultra smooth lovers tune or deep roots tune, they can handle ‘m all.

One year ago the UK riddim twins released an album by an unknown mixer from Jamaica, “Mafia & Fluxy – Introducing The Pharmacist” and we were highly impressed by this album. Now it’s time for a second set called “Dub Prescription”. The back sleeve reveals the identity of “The Pharmacist”: Everton Ruddock. We don’t know if he’s in any way related to the great King “Osbourne Ruddock” Tubby, but listening to his mixing skills…

This follow-up album delivers 12 traditional dub outings, think Scientist, King Tubby and Prince Jammy and you know what we mean. Twelve killer dub excursions, no fillers… strictly the good old drum & bass stylee. Most tunes are mixed with plenty vocal snippets which makes them even more interesting. We couldn’t spot any vintage riddim except maybe “Single Bible Dub”, a deep bass driven tune with exquisite horn riffs, reminding us of Don Carlos’ “Late Night Blues”. Double Boom Tune! There’s “Guinea Hen Leaf” with the organ flowing nicely in and out and a strong emphasis on the drum. “Blood Wiss” is a down to earth dub killer, while “Marindina” runs across a fast-paced riddim and includes nuff vocals fading in and out.

“A Coconut Water Version” sounds as if it was recorded with the Roots Radics somewhere in the early 80s. Great tune! You can’t escape the pounding riddim of “A Dose Of Righteousness” and “Leaf Of Life” opens with a Prince Jammy drum intro and then the riddim takes you on a superb dub flight! “Medina Dub” with its horns intro and its rockers alike riddim is a mind blowing tune! No limitations on “Trumpet Root” , heavy guitar distortions and inventive drum outings make this one a real treat!