Mr Vegas – This Is Dancehall 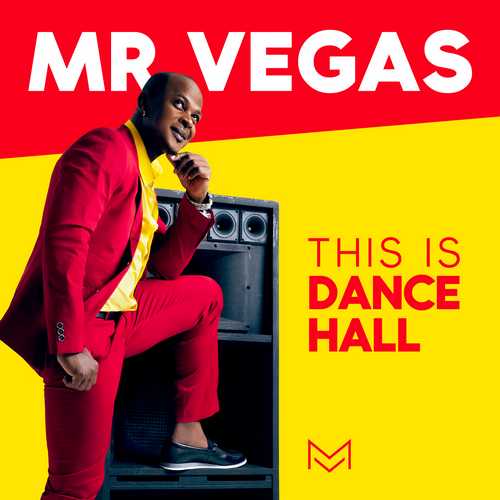 Title: Mr Vegas – This Is Dancehall

“This Is Dancehall” marks Mr. Vegas’ official departure from the dancehall scene that he has dominated since his international breakthrough hit “Heads High” in 1998. The cause of this departure is more or less the same as Lieutenant Stitchie’s. The latter switched to gospel reggae in 1997 after surviving a car crash, while Mr. Vegas (who has been hinting over the years that he wanted to give his life fully to serving God) now fulfils a promise he made to God in a prayer on a turbulent flight to France in December 2015, when his plane narrowly avoided crashing. And thus Mr. Vegas is currently working on a gospel album to be released in the near future.

But for now, it’s the artist’s ninth studio album entitled “This Is Dancehall” that demands attention. The 15-track album features production work from producers like Justus, Natel, Nile ‘Riva’ Browne, Robertino Remi, Micah, Jordan, Ali Reza, ZY Dymond and Collegeboiz, while also top flight musicians such as Cleveland Brownie (of Steely & Clevie fame), Kirk ‘Kirkledove’ Bennett, Steven ‘Lenky’ Marsden and Jemoi A. Monteith were involved in this project. Although the album title suggests that Mr. Vegas’ main intention is to make clear what true dancehall music is all about, connoisseurs and long time fans of Jamaican dancehall music and culture who listen to this collection of tunes will predominantly experience that most of the tracks do not feel like true dancehall at all. We would rather call it Jamaican pop music, as this is a more appropriate name for these kinda offerings.

Being a tried and trusted hitmaker, it’s not a real surprise that the tracklist of “This Is Dancehall” includes a few recent hit songs. Of course there’s “Identify My Love”, not the original version but a remix which to our ears is done to fit the mainstream market even more. It’s a nice tune with sweet, melodious vocals from Mr. Vegas and lyrics many can relate to. Another tune that appears here in remixed form is “Dancehall Dab”, which in this version features London-based artist Nadia Rose. The original track, a take on the popular hip-hop dance originated in Atlanta, Georgia, was a big hit for Mr. Vegas in 2016. All in all it would have been better if these two tracks were included in their original form.

Another tune that could become a hit is the single and video “Stopper Whine”, a guaranteed dancefloor filler. Sports & music fans might remember Mr. Vegas saluting Jamaican Olympic Athletes with a tribute song entitled “Go Before Dem” across Birchill’s popular “Moscato” riddim. “Champs (DJ Edition)” is a next cut for that riddim, in which he bigs up dancehall champions like General Trees, Papa San, Brigadier Jerry, and Josie Wales. To fulljoy true dancehall music, the listener has to play tunes like “Own Leader” and “Real Dancehall” across a revitalized version of Supercat’s “Ghetto Red Hot” riddim, both thought provoking efforts. Actually “Real Dancehall” is a next version to the earlier this year circulating Drake Diss song called “Dancehall Pirate”; same riddim, different lyrics.

TAGS: mr vegas | this is dancehall

Conclusion Although this isn't Mr. Vegas' finest album, it surely will delight his many fans. It might even bring him to the attention of fans of the pop artists he criticised in recent times.