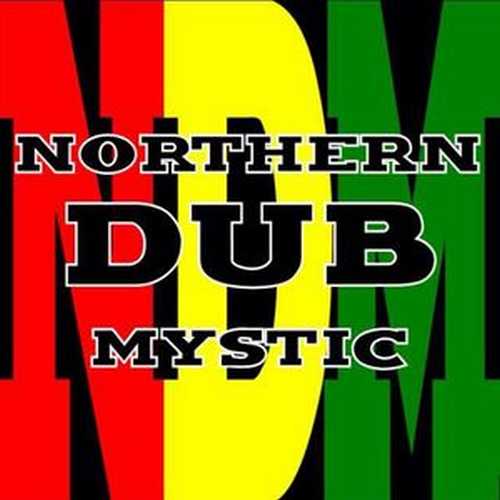 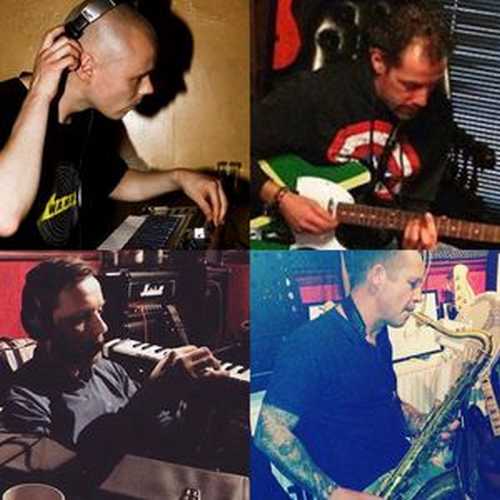 Dub music has been evolving for many decades now and it’s bin shaking influence can be heard in many genres. Dubbing is an art; Dubbing is a must. Thankfully, dreadicated Dub specialists are still embracing classic theory and keeping the tradition vital. Netherlands based NORTHERN DUB MYSTIC have delivered a superb and deeply satisfying self titled debut that resonates with originality and poise…

The Dub duo is comprised of Marco “Hightower” Van Den Berg and Marc Dejonge. Both are absolute veterans within the music. Since 1985, Marco has been bassie in such acclaimed Dutch Reggae bands as Roots Encounter and DubSalute. Marc is a master multi instrumentalist and ace engineer; creating countless Dub excursions at his Maple Wood Studios. This project was created at Marc’s studio with Marco (bass, melodica) and Marc (drums, percussion, guitars, keys). Journeyman saxman Frank Geerdink contributes mightily throughout the album and Alien LEVI lends his expertise with mastering. Honourable mention to Patrick “DR.Dub” Dokter, an absolute authority/archivist of King’s Music.

“What’s Up Dub” sets the tone of the album with crucial vibration. Riddim mi dis! A granite tuff and superb Dub symphony anchored by Marco ‘s detonating bass and Marc’s spot on licks and kicks. Has a crisp UK feel injected with a broad JA sound scape. “Richness Dub” reaches highest heights. Opens with a brief interview with Bob Marley; it segues into a hypnotic treatment with some of the tuffest Basslines laid down in some time. The melodica work would make AUGUSTUS PABLO and certainly Dr. Pablo (Dub Syndicate) proud. This duo captures absolute originality and complement each one’s musical chops with true experience and respect. The magic continues with “North Of The River Orange”. A whopping great track embedded with rich melodica, taut drums and vivid bass. Possibly inspiration from the classic “North Of The River Thames” classic from the early ’80s, but this is an original presentation with solid Steppers atmosphere. Boom!

“Maple Castle Dub” shows the versatility this duo possesses. Saxman Frank Geerdink (part of the crucial Roosterz Band) offers up work on par with the late, great Deadly HEADLY Bennett and intertwines so nice over the rich and full riddim. Massive respect to Mr. De Jonge, who is a master at the mix board. Mixing up a Dub storm through and through! “Steady Dub” is an adventurous track with killer licks, bubbling and bass work. Standout selection! “Hightower Autobiography” is upstanding! Marco displays his vocal ability over a wicked riddim with Jackie Mittoo caliber organ work. Amazing how two great musicians can create such a full sound; this extended track transforms into a full Dub workout guaranteed to shake the bins!

“Bass In Space” takes the listener to Zionisphere levels. A skanking delight delivered with power and conviction. “Back From The Start” is a dynamic sound indeed. Marco’s bass work is on par with Mikey Dread’s “Jungle Signal” sessions but the level of originality takes on a force of its own. Dash in Frank’s sax appeal and Marc’s crucial multi instrumentation and this is an instant rewinder. “Extended Dub” is a Dub symphony that extends the boundaries of time and space. Once again, the subtle sax work floats just nice over the heavy duty riddim. Incredible drum and bass work. Pull up selector! “Movement Dub” is a real treat. Mr. Lee Perry floats over the textured riddim offering up his unique observations. A round of applause is deserving here. This is Dub music!! “Mystic Dub” lives up to its name. Frank offers up triumphant sax over the riddim ripe with great key work, drum rolls and a bass that is limitless. Paramount work here! The listener is treated to a version of “Steady Dub”. A stripped down affair that truly showcases the duo’s massive talent and vision.

“NORTHERN DUB MYSTIC” is a resounding project that fires on all cylinders. The originality, depth and musicianmanship add up to this being one of the top Dub releases of 2016 and one that will not be forgotten. It’s refreshing to hear this set over and over again. With a plethora of Dub albums being released all the while, it’s not easy to create a diverse atmosphere makes a detonating impact. Well, this Dub album does that and much more. Highest recommendation. Go DEH!

Conclusion Essential listening over and over...