The Frightnrs – Nothing More To Say 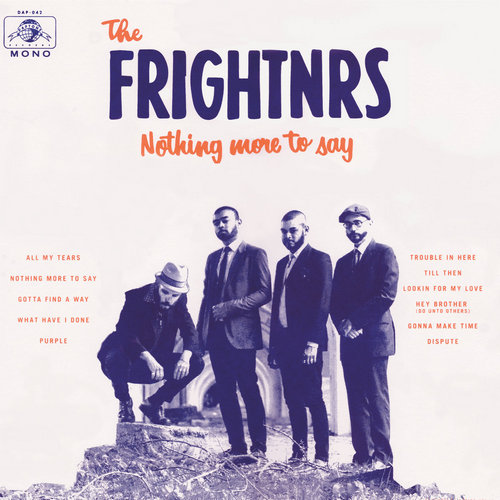 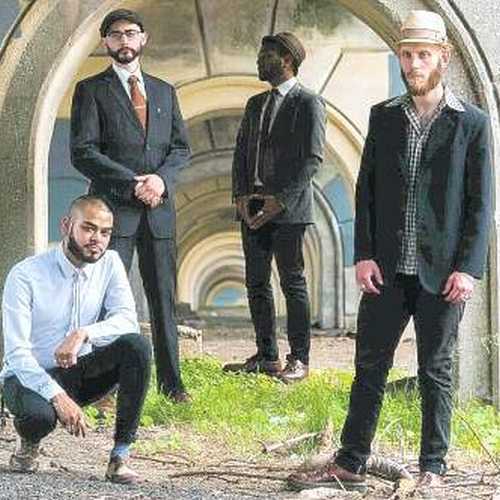 Title: The Frightnrs – Nothing More To Say

Label:  Daptone Records |Format: CD-LP-DR |Street date: September 2, 2016 |
Daptone Records
The undeniable impact of The Rocksteady Era is quite remarkable. It’s initial output emerged in the latter part of the 1960’s; lasting a few years before Reggae emerged. It’s international impact is a dynamic force that’s absolutely embraced and cherished to this very day. The sounds never went away. The reissue market is steadily bringing forth these glorious sounds and current bands are releasing Rocksteady sounds of the sweetest degree. New York based THE FRIGHTNRS have just delivered an achingly beautiful and poignant set, “NOTHING MORE TO SAY”. A soul stirring affair that’s mesmerizing to say the least.

THE FRIGHNRS – NOTHING MORE TO SAY

“Nothing More To Say” is a concrete project that’s a Daptone Records release, the hugely respected label specializing in Soul. Mr. Axelrod and Wayne Gordon conducted sessions at Daptone House Of Soul (Brooklyn, NY). Special mention to the engineering assistance of Simon Guzman, Joe Harrison and J.J Golden. The riddims were enhanced royally by Michael August (riddim guitar), Victor Axelrod (organ – this veteran can play!!), Thomas Brenneck (lead guitar) and Mike Torres (maraca, guido). The idea was to create Rocksteady vibrations; resulting in 9 originals and two covers from the Daptone catalog. Tragically, Mr. Daniel Klein was diagnosed with Lou Gehrig’s disease but triumphantly finished these historic sessions. Mr. Klein flew home to Mt. Zion on June 6, 2016. The band vows to keep forward progression and this album is livicated to this true and humble soul. Rest in Perfect Love, Daniel.

“All My Tears” is pure dynamite! Over a strictly crucial Rocksteady roller, DAN captivates from the get go with a stunning falsetto with depth that’s on par with the best. Ethereal backing vox from Preet/Rich evoke golden memories. This is original Rocksteady theory with fresh potency. The title track is a bubbling blast of fresh air. The flow of heartfelt lyrics to the incredible riddim is the unity felt through and through. Dan’s vocal range is that of Cornell Campbell, Delroy Wilson, Ernest Wilson… a beautifully crafted track!! “Gotta Find A Way” takes us back to 1967. A rendition of the Bob & Gene classic; it’s pure spirit and soul punctuated by massive organ work, bass licks and tasty guitar. Instant rewinder that captures the essence of Rocksteady in the truest sense. “What Have I Done” borders on Rocksteady/early Reggae with royal measure. Mr. Klein’s songwriting is remarkable and the musicianmanship is undeniable. “Purple” is a deep shade of excellence. Dan sings with true conviction and the listener can’t help but to hold on to every lyric. Top props to Chuck’s piano, Rich’s drums and Michael’s licks. “Trouble In Here” shines like a blazing fire and shows the guitar genius of Dan (this man started in punk and the rebel hop is heard rightfully here). A high stepping affair that’s totally engaging with more of a tenor delivery felt. Great harmonica work from Ed Shawn Herrera to sweeten up the atmosphere.

“Till Then” hits the levels with sweetness and amazing clarity. Dan delivers with a Smokey Robinson flow that ranks as one of the most beautiful tracks created in some time. Mr. Axelrod subtle mix allows singer and players of instruments to shine bright. Killer backing vox and Rocksteady is ruling. “Looking For My Love” continues the magic in fine style. This is a soul stirring Love song that absolutely ranks with the best Rocksteady created back in the day. Totally original in nature, it has the power of The Uniques or The Clarendonians. Dash in a crisp and slight Dubby mix and this is a paramount affair. Boom!! “Hey Brother” is a nicely textured piece brimming with soul power. A keen observation of compassion; Dan’s heartfelt delivery soars above the ethereal riddim and baritone harmonies. Killer in all aspects!! “Gonna Make Time” was originally done by Saun and Starr. The Frightnrs’ treatment is superb. An engaging piece that’s a Love anthem brimming with Heart and Soul. Hats off to this band. Words cannot describe the beauty and depth of this engagement of real deal music. “Dispute” is a flowing river of excellence. Mr. Axelrod applies a dimensional atmosphere that Mr. Klein and crew just rule. Originality, versatility and experience navigate this bubbling hot track.

THE FRIGHTNRS’ “NOTHING MORE TO SAY” is historic in nature. It’s been a long time since the music world has had the pleasure to hear Rocksteady music that captures that beautiful era with such style and substance. Rocksteady never went away, it’s always been influential since its creation. This band has embraced it with incredible clarity and ability. An album that keeps originality but keeps the nucleus totally as a tribute and ode to true Jamaican music and its rich history. Get your copy right away. Go DEH!!!!

Conclusion Listening to the power of this project is a must.