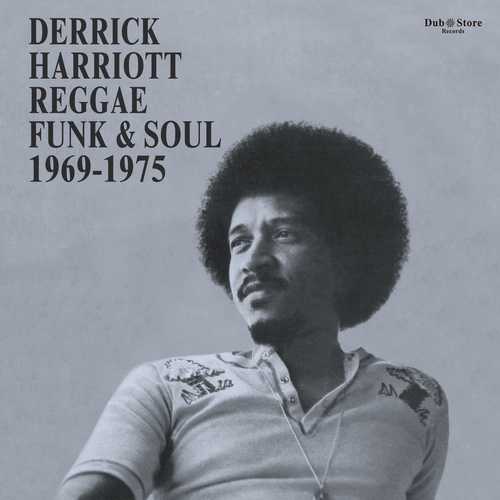 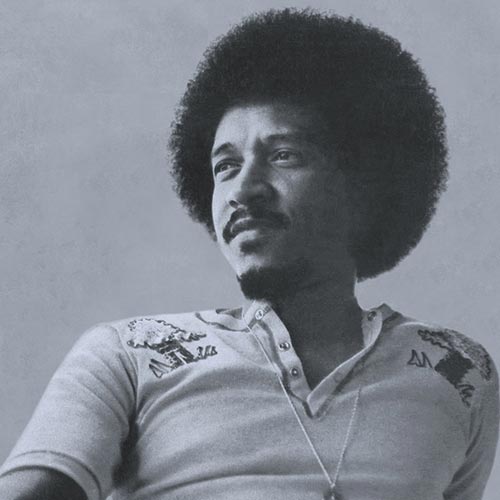 After having sung in church, Derrick Harriott started in the ’50s attending a number of stage shows. Soon he entered Vere Johns Junior’s Opportunity Hour talent contest and formed the duo Sang & Harriott. They caught the attention of producers/soundsystem owners Duke Reid and Coxsone Dodd. Originally a self produced special, “Lollipop Girl” became a big hit for Dodd’s Downbeat Sound, but Duke Reid managed to get his hands on a copy of it and so “Lollipop Girl started so many conflicts….” as Derrick recalls. Claude Sang left Jamaica and Derrick formed the ska/doo-wop group The Jiving Juniors. For Reid they cut “Lollipop Girl” (as a vinyl single) as well as a few other sides. Later on they did some tunes for Dodd, “Over The River” and “Sugar Dandy” (later covered by Millie).

When The Jiving Juniors disbanded in 1962, Derrick Harriott set up the labels Crystal Records and Musical Chariot. He scored with singles such as “I Care” and the Donnie Elbert do-over “What Can I Do”. Ska started to slow down in 1966 to the more reflective rocksteady beat. That same year Derrick opened his own record shop. He worked with some of the island’s best musicians, brought together in The Desmond Miles Seven, later he assembled the Crystalites with Bobby Aitken, Jackie Jackson, Hux Brown, Winston Wright, Lyn Tait, Joe Isaacs and Bobby Ellis. He rocked Jamaica with his productions such as “Stop That Train” by Keith & Tex, Rudy Mills’ “Long Story” and his own tune “Solomon”. Derrick scored really big with “Walk The Streets”, “Do I Worry” and “The Loser”. “John Jones” by Rudy Mills was a major hit in 1968. The rocksteady days are regarded as the best days of Jamaican music.

When rocksteady came to its end Derrick moved his business to 86 King Street but eventually had to leave after three burglaries. His new ‘home’ became Twin Gates Plaza on Constant Spring Road in Kingston. He continued recording and producing with considerable success. The deejay Scotty recorded some excellent sides with Derrick across Derrick’s foundation riddims. With The Kingstonians he cut rootical tunes like “Sinner Man” and “Sufferer”. He also released two sought after dub sets, “Srub A Dub” and “More Scrubbin’ The Dub”. With these albums he became one of the first producers to use King Tubby’s mixing talents. With Dennis Brown he recorded the “Super Reggae & Soul Hits” album. Derrick Harriott helped to shape the chirpy rocksteady sound in Jamaica and is spoken of with reverence by many Jamaican artists.

Funky and soulful… Derrick’s interpretation of the ULTRA classic Isaac Hayes tune “Shaft” here entitled “Black Moses”. The singer is The Preacher, probably better known as Enos McLeod. The soul groove keeps on coming with a romantic tune by The Chosen Few, “People Make The World Go Round”. The Chosen Few were really big Stylistics fans and this interpretation of the 1971 Stylistics classic features a jazzy, George Benson-like guitar solo. The Chosen Few return later on the album with “Am I Black Enough” which happens to be a majestic take on Billy Paul’s single (from his successful album “360 Degrees of Billy Paul”) from 1973. The third cut from The Chosen Few is “Going Back Home”. A funky Temptations-esque groove killer referring to the ideas of the Black Power Movement from the late ’60s and early ’70s. What a difference when you check out the groups sweet rocksteady tune “I’m Sorry”, probably recorded during the late rocksteady period. The group’s lead vocalist Noel “Bunny” Brown does a sweet reggae do-over of “By The Time I Get To Phoenix”. The song was an enormous hit for country music singer Glen Campbell in 1967. More funky grooves as Derrick Harriott & The Chosen Few perform “Psychedelic Train”, a tune that was a Jamaican #1 hit in 1970.

Don’t forget to check out some wicked instrumentals as well! The Crystalites deliver a delicious piece with “Stranger In Town” out of 1970. In combination with the legendary Karl Bryan they lay down “Slippery”, a perfect instrumental cut to Harriott’s classic “Do I Worry”. Listen to funny Mexican intro and vocal shouts from Ramon The Mexican who brings “Golden Chickens” with The Crystalites. Later Ramon would resurface as sweet voiced singer Ambelique! “Yes, my skin is black, / But that’s no reason to hold me back.” comes from The Temptations song “Message From A Black Man”, one of the many ‘black awereness’ tunes from that period. Derrick Harriott’s lick equals the original without doubt! On the next tune he is inna lovers mood as he does one more Billy Paul tune from the aforementioned album “360 Degrees of Billy Paul”. Sweet, obscure and ridiculous… check out Pat Satchmo’s “A Handful Of Friends”. Pat showcases his amazing talent as he sings double (Louis ‘Satchmo’ Amstrong as well as his usual voice) perfectly in this song. Next tune… what more can we say… I Roy with “Tougher Than Tough”… this tune alone makes it worth while purchasing this set! Strictly lethal cover version of the Isaac Hayes’ classic “Do Your Thing” performed by the Chosen Few with I Roy blasting an heavy-weight toast across the riddim!

So many more great tunes here. Kim Harriott who is versioning Joy Stanford’s 1974 hit “Just Want To Be Your Joy”, the previously unreleased but marvelous tune “Right From Wrong” by The Kingstonians, and Junior Murvin aka Junior Soul who gives us “Rescue The Children”… “Somebody, got to rescue Jah children. Somebody, got to give an helping hand”… a tune with a message that still holds true!

The Chosen Few – Am I Black Enough For You