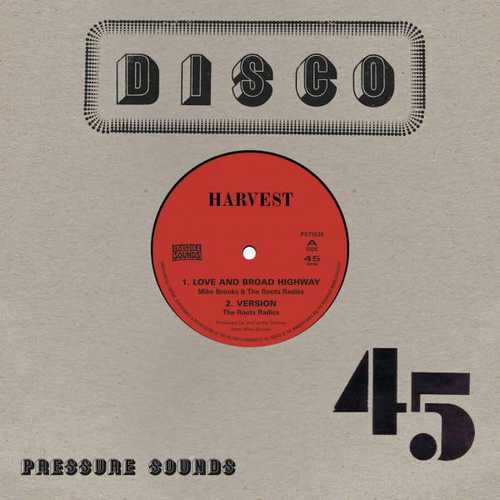 Edmund Brooks aka Mike Brooks is a singer and producer whose career stretches back to the early 1970s. He established the Teams label with long time friend Patrick ‘Jah Lloyd’ Francis in 1969. However, the label was not activated until the release of “Soldier Round The Corner” in 1970. His debut single entitled “The Earth is The Fullness” was produced by the legendary Lee ‘Scratch’ Perry, released on the Harvest label in 1972 and credited to Edmond Brooks & the Tots. While it was not exactly a million seller, it did establish him as a major talent in Jamaica.

However, it was at Jo Jo Hoo Kim’s Channel One Studio at Maxfield Avenue where Mike Brooks really made his mark as a producer laying riddim tracks with the studio’s famous session band the Revolutionaries between 1974 and 1977. Among the tracks produced during this time was The Mighty Diamonds’ classic “Shame And Pride” released on the Teams label co-produced with Pat ‘Jah Lloyd’ Francis. As a solo singer he achieved hits with singles such as “Guiding Star”, “Come Sister Love”, “Grooving”, “Open The Door”, and “What A Gathering”. His real breakthrough as a singer however came with the combination single “Who Have Eyes To See”, done in collaboration with Prince Far I.

One of Pressure Sounds’ recently released 10″ vinyl singles features two noteworthy classic tunes from Mike Brooks along with their dub versions. On the A side the listener is treated to the self-produced “Love And Broad Highway”, a tune originally released on Brooks’ own Harvest label in 1982. This is an excellent offering from a fine roots singer who has remained shrouded from the limelight due to lack of industry connections or sheer bad luck.

Roots Radics, at the time Jamaica’s premier session band, are responsible for the terrific riddim that was also used for the Mighty Trees’ killer “In The Sun”. The “Love And Broad Version” is a mind-blowing heavy hitter that fires on all cylinders. On the B side there’s the solid “Long Long Time”, which was recorded and released in 1979 as 12″ single on Adrian Sherwood’s Hitrun record label. This one has early dancehall vibes, which of course differ from the tracks on the A side. Nevertheless “Long Long Time” and “Long Long Version” is good vintage music worth hearing

Conclusion Make sure to run it loud & heavy!!!