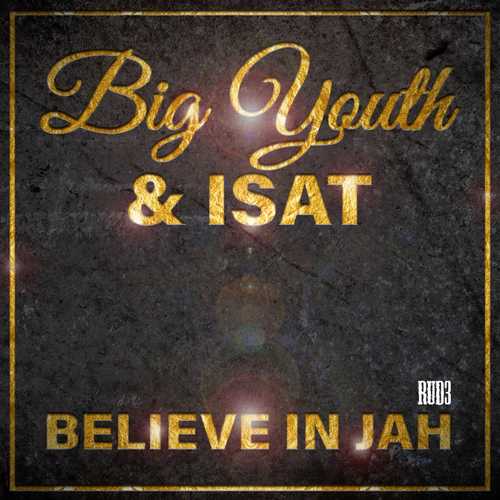 Although U Roy deservedly gets the credits and honour for being the one who started the deejay ball rolling it is Big Youth who can be regarded as the artist who changed up the fledgling deejay scene in Jamaica in the early seventies as he brought to the form an overt Rasta consciousness and innovative techniques of delivery that literally transcended its dancehall origins.

While listening to Big Youth records from that particular period in Jamaica’s musical history, one of the most striking aspects is the spontaneity and looseness in the man’s delivery while dropping his radical stream of consciousness jive talk atop the toughest riddims of the day. In this aspect he truly exceeds the old school of for example U Roy and Dennis Alcapone. Despite the fact that he enjoyed his biggest hits in the ’70s, he’s still a popular artist and he performs all around the world with considerable success.

This EP (three songs and one instrumental) is one of his most recent achievements. The first track is a combination with his son Isat. He’s been active in the reggae scene for some years and in 2010 he presented the lover’s tune “Unbreakable”. It’s reported he has finished an album, but we’re not sure if it has been released yet. On “Believe In Jah” he states his love for Jah, the one and only essential force in his life. Great praising tune! The tempo slows down when Big Youth gets into The Bible with an atmospheric tune based on Psalm 121, a deep religious prayer that is a proper praise to Jah. Next comes the instrumental version of the title track. Finally we’re treated to a blast from the past. Big Youth’s hit single from 1973. He produced this one – “Pray Thee Continually” – himself and took a well known riddim from The Paragons, “Only A Smile” as the backdrop.