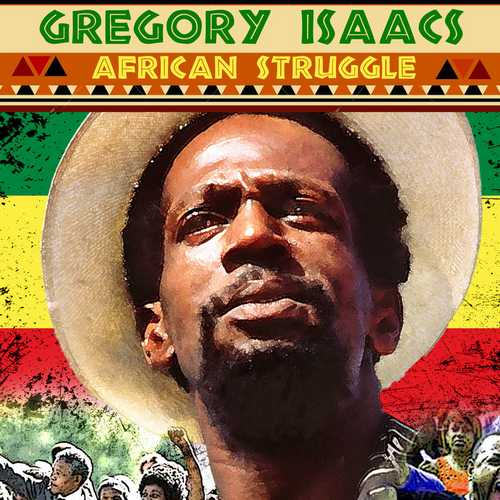 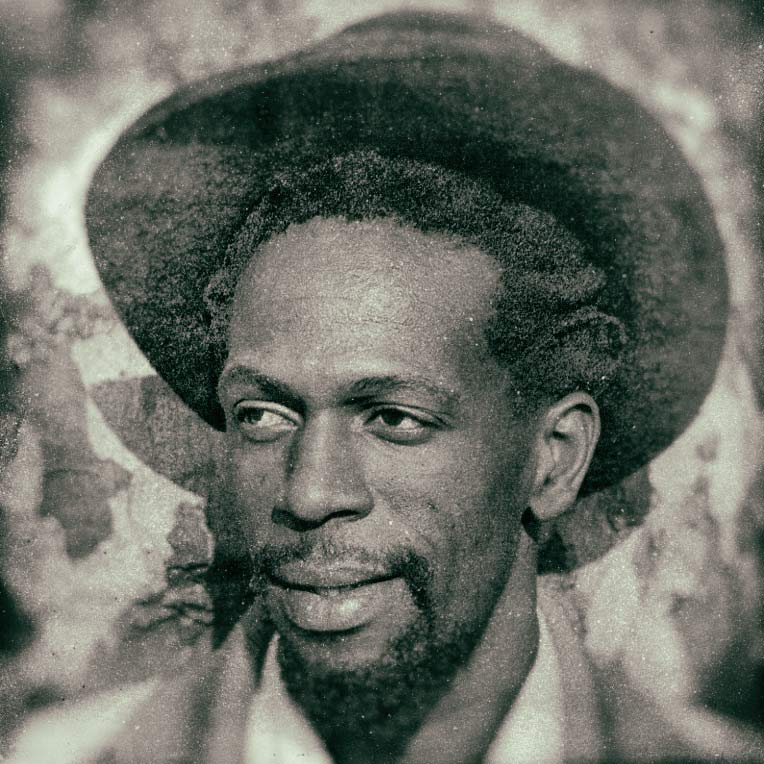 In the second half of the 1970s, after the big succes of the 1977 released “Mr. Isaacs” album, Gregory Isaacs signed a deal with Virgin and recorded two albums for their “Frontline” label, “Cool Ruler” in 1978 and “Soon Forward” in 1979, which however failed to bring the crossover success that was deserved. When his contract wih Virgin expired, UK-based label Charisma wasted no time in signing him up. The first album he produced for this record company was the classic 1980 set “Lonely Lover”.

This digitally released “African Struggle” album features 10 tracks taken from the two Frontline releases and Charisma’s “Lonely Lover”. However don’t be fooled when you check the titles of the tracks included on “African Struggle” on various digital platforms as they aren’t the original titles. They have been retitled, a very annoying approach when it comes the reissuing old reggae material as one might think it’s previously unreleased stuff. The same despicable trick has been used for digital releases of albums from veteran artists such as Cornell Campbell (Cornell Campbell Scorchas”), Big Joe (“The Aggrovators Present Big Joe”), Jackie Mittoo (“The Aggrovators Present Jackie Mittoo”), Delroy Wilson (“The Mash It Up Collection”) and again Gregory Isaacs (“Inna Rub-A-Dub Style”). So be warned!!

“African Struggle” proves Gregory Isaacs was the number-one singer in the reggae world in the period 1077-80. Apart from “Let’s Dance”, his rendition of John Holt’s Studio One classic, this compilation consists of self-produced reality laments. These tunes show that his vocal approach not only was tailor-made for singing love songs, but equally suited to expression’s of the sufferer’s lot. In fact the mid to late 1970s was Gregory Isaacs’ most consistently ‘conscious’ period. And thus this compilation, on which the musicianship of the Roots Radics is superb, features some of the man’s greatest moments like for example the momentous “Universal Tribulation”, a song that was never released as a 7″ single.

And there’s also the killer “Poor And Clean”, which finds Gregory Isaacs holding onto all of his principles, proclaiming that he’d rather be poor and clean than live rich in corruption since “a rich man’s heaven is a poor man’s hell”. Don’t overlook the equally excellent vocal tune “Tribute To Wa De” either. That song appeared on the flipside of the 1979 released 7″ single “Poor And Clean” on Pre. All songs included here and especially “Soon Forward”, “Mr. Brown” and “Black Liberation Struggle” – classic songs about struggle and hope – are well worth hearing over and over again.

Conclusion Not really surprising material, but definitely a worthwhile compilation for the young generation of reggae fans.