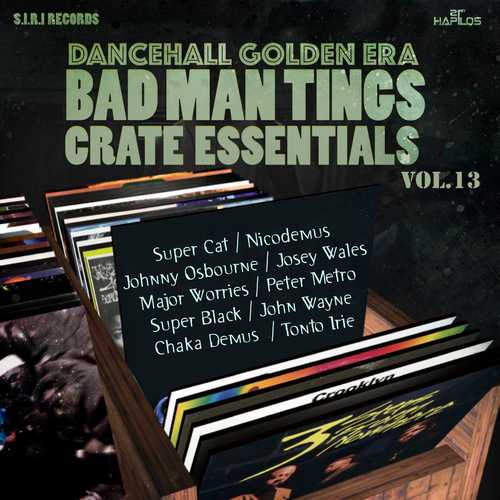 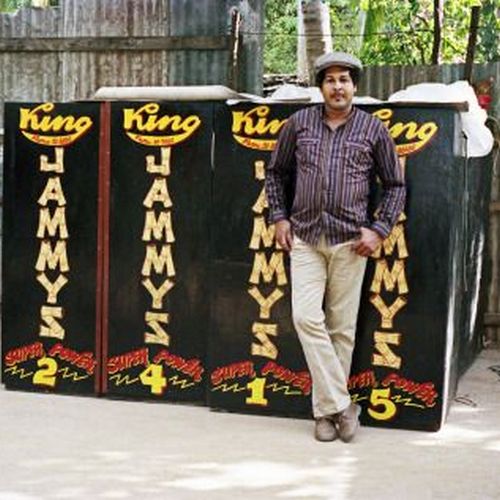 Born in 1947 in Montego Bay, Jamaica, Lloyd James moved to Kingston, where he began his career as an apprentice mixer, known as Prince Jammy, under the late great King Tubby. In 1977 he was enlisted to mix the dub counterpart to “In the Light” by Horace Andy. In that same year he produced Black Uhuru’s classic “Love Crisis” and he also put out the dubs as the “Lion Dub Style” lp. He owned his own studio at his in-laws’ home in Waterhouse and started his own soundsystem.

In 1985 he build the “Sleng Teng” riddim. When his Super Power sound system met the Black Scorpio set for a popular sound clash Jammy played that tune and turned the reggae world upside down, because this song was to alter the sound of reggae music : the digital era had begun. His productions lead in the integration of synthesizer driven (digital) sounds in dancehall reggae. His son John John emerged in the ’90s as a highly successful producer.

King Jammy continues to produce records, and recent years witnessed a number of reissues of Jammy’s classic productions. The man’s contribution to reggae music is impossible to overstate. Check out Beth Lesser’s book “King Jammy’s” for more info about the man, his music and his influence on Jamaican music.

This current release brings us peerless stuff from the (digital) vaults of King Jammy. Although most tunes have been released before on several excellent compilation sets, it’s still a pleasure to spin these classic tunes from the ’80s. Peter Metro rides the “Answer” riddim to decry racist profiling and nationalist sentiment on the unforgettable “Police Inna England”. The “Tempo” riddim was a King Tubby special but the riddim got quickly picked up by the island’s producers, check Tonto Irie with “It A Ring”.

The highly popular “Sleng Teng” riddim was based on a preset rock & roll riddim from a Casio music box that was adapted and slowed down to become a dancehall riddim. Here we get four massive licks: Super Cat with “Trash & Ready”, Johnny Osbourne’s monster smasher “Budy Bye”, “Eagles Father” from the unforgettable Nicodemus and finally John Wayne’s “Call The Police”. In 1986 Josey Wales cut “The General”, Jammy’s take on the “Far East” riddim. The 1989 hit tune from Chaka Demus, “Original Kuff” is a digital version of the “Fade Away” riddim, perhaps better known as “Peanie Peanie” riddim.

Conclusion A most entertaining compilation set!