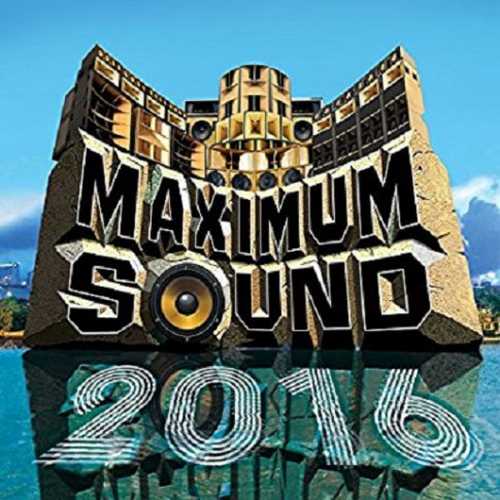 PULL UP!! REWIND!!! That’s exactly what the annual Maximum Sound compilation is all about and the 2016 edition is no exception. This year’s edition once again comes with some of the best offerings from the Maximum Sound, Pull Up My Selecta! & Maximum Sound Bwoy Killers imprints compiled by Frenchie, respected owner and producer of these record labels. He pulled out all the stops and managed to create a scorching collection of tunes. So nothing to moan about here. You can safely turn the volume up as Maximum Sound 2016 is a top-a-top selection.

This set is a must have if you have totally overlooked juggling projects such as “Clash Of The Titans Riddim”, “Selecta Riddim”, “Blueberry Haze Riddim”, “The Armour Riddim” and the most recent one, the simultaneously released “Royal Step Riddim” – actually can’t believe that they have gone unnoticed by any self-respecting reggae fan.

After Rory Stone Love’s “Intro” it’s the dazzling “Royal Step Riddim”, which is in the process of blowing up worldwide, that gets things started with Morgan Heritage’s outstanding message tune “Conscious Revolution”, which is followed by Alborosie’s anti-war song “Tearful Days”, an excellent effort with big and vast vibes. Furthermore there’s talented roots singer Samory-I wh delivers the entertaining “Ride On”.

Next up are three cuts across “The Armour”. Iba Mahr brings a noteworthy tune entitled “Worries Tonight”, which sees the singer, who is known for his soulful vibrato voice, in real good shape. Gappy Ranks comes up with a truly big tune entitled “Picture On The Wall”, while Ras Demo, whose vocal style & pattern is inspired by the deejay Papa San, brings in his widely known ‘fast tongue, motor mouth’ style of spitting lyrics in “Sekkle Up The Score”, a wicked tune full of energy. At the end of this compilation Ras Demo’s cut returns in remixed form, courtesy of the dj-duo Tim ‘Timaxx’ Van den Heuvel and Dries ‘Drezz’ Buijcks aka Turntable Dubbers from Antwerp, Belgium.

The “Blueberry Haze Riddim” takes over with Christopher Martin’s very enjoyable sweet lovers tune called “London Queen”, which will certainly please the crooner’s many female fans. Vershon, who made his recording debut with the 2013 released single “Boom” on Birch’s ‘Tunova” riddim and had a hit in 2015 with “Inna Real Life”, wants to “Bring Back” the nice vibes in the dance hall. Nice song from a very talented young artist. The entertaining “Sweet Cannabis” by Latty J, the last tune for this riddim, is followed by Chukki Starr’s strong single “It Gone”, which actually was released in 2014 and thus surprisingly is included on this compilation.

Then the infectious “Selecta Riddim” gets pristine treatment by multi-talented Randy Valentine and fine female singers Sara Lugo and Shanty B. Tarrus Riley’s “We Want Better” across “The Armour Riddim” is one of two remixed versions included on this set. In the hands of King Shams this conscious song has been given a real nice new life. The “Clash Of The Titans Riddim” takes the listener back to early 2015 (included on this year’s compilation because the annual Maximum Sound compilation didn’t get a release last year). Produced and arranged in collaboration with King Jammy, this is a crucial old skool styled Dancehall riddim which takes off with a standout cut by Ninjaman called “Real Revolutionary”. Mr. Vegas’ “Dem A Fret” is a deadly good, while also Masicka’s “The Youths” leaves a very good impression.