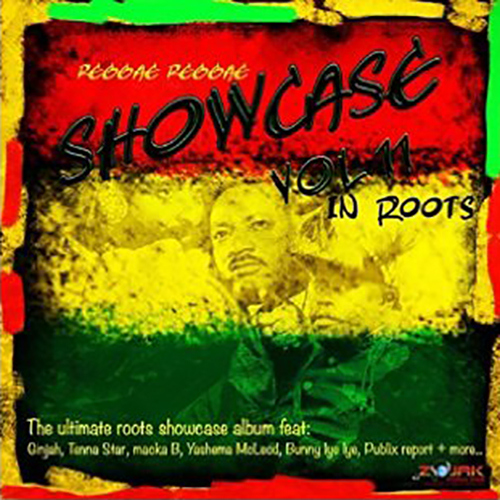 Stingray is a UK reggae recording studio and label that was founded in 1994 by the McLeod brother’s. It’s based in the West London suburb of Perivale with Carlton “Dillie” McLeod and his younger brother Raymond “Sting” McLeod as producers who have steadily built a reputation for producing unique “Yard Style” mixing technique outside Jamaica.

In the past Stingray had worked and produced some of the best UK finest performers such as Peter Hunnigale, Sylvia Tella, Lloyd Brown and many more. On the other side of the globe Stingray have also worked and produced high profile artists from Jamaica such as Dennis Brown, Luciano, Freddie McGregor, Bushman, Morgan Heritage, Mykal Rose, Sanchez, Tony Curtis, Lukie D and many more names to mention.

The characteristic sound on Stingray’s production is fairly traditional and filled with classic 70s Reggae feel, but built with all the advantages of modern studio technology. Besides the production and engineering talents of Dillie, Stingray use musicians of the finest calibre such as Mafia & Fluxy, Sly & Robbie, Computer Paul, Firehouse Crew, Gumption Band, Jazzwad, Carlton Bubblers Ogilvie, Ernie Wilks, Daltone Browne, Dean Fraser and Tan Tan.

“In Roots” is the eleventh compilation set in Stingray’s largely underrated “Showcase” series. One of the nicest aspects of this release is just how varied the talents voicing it are, because as usual this wonderful Stingray compilation features vocal cuts from some of the finest UK reggae artists and Jamaican vocalists, among them established names as well as upcoming talents. Tony Curtis recorded several tunes for Stingray including the wicked “My God Is Real”. Here he shines bright again with the powerful sung “Praise Him”, the great opening track of this album. It’s followed by three cuts on the same riddim of which Askala Selassie’s solid “Hard Work” appeared on her earlier this year released debut album “Warrior Empress”. Special attention deserves the – to us – totally unknown Publix Report. The latter’s lovers tune called “Addiction” is an entertaining piece worth hearing. Macka B, present here with two tunes, delivers the fully satisfying “See Them From Far” in his instantly recognizable style. Then it’s Delly Ranx who effortless rides a different riddim and makes a real good impression with the cautionary “Don’t Text & Drive”.

Tenna Star’s roots killer “Conquering Lion” is the first cut to drop for the next version excursion. Yashema Mcleod, whose warm soothing tone comes across in each of her songs with great emotion, launched her music career in 2011 as she began recording for Stingray. The July 2016 released single “Praise Jah Jah” aka “Hallelujah”, one of her four singles released by Stingray this year, is a truly gorgeous tune. A different vibe, but nevertheless also worth hearing is “Slice Of The Cake” by Abelwell Foundation, consisting of two main vocalists and five musicians hailing from the heart of England. Colin Burns aka Colin B is a little known artist with a big voice, who recorded his 2006 debut album “Rain Or Sunshine” for producer Donville Davis and furthermore can be found on Peckings releases. He bridges the gap until the next juggling part drops in with his beautiful conscious song “Still”, one of personal favourites. Randy Valentine delivers a great offering called “Same War” across another awesome rootical backdrop. Singing Melody goes into lovers territory with the real nice “Hotter Than Fire”, which is followed by the matching “Forward I Go” from Chardel Rhoden, a soulful reggae songbird from London UK. Veteran Bunny Lye Lye does a fine rendition of The Abyssinians’ “This Land Is For Everyone”, before Mikey Spice comes up with “Oh Father”, which is underpinned by a killer riddim. Ras Demo’s “One Day” gives way to the last version excursion on this compilation. And although the Ras Demo and Macka B cuts aren’t bad at all, it’s in particular Ginjah’s convincing “Find A Place” that makes a good impression.

Conclusion Overall opinion is that this Stingray compilation is well worth checking out!