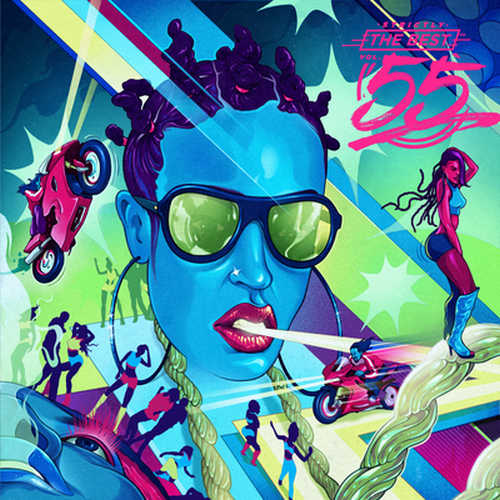 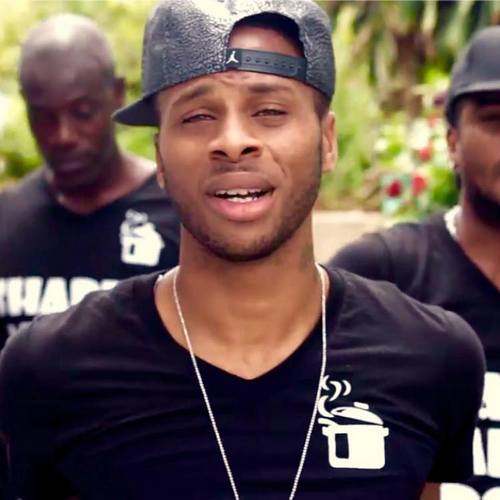 Every year, just in time for the festive season, VP Records releases their “Strictly The Best” albums, two volumes, since they started this longest running reggae compilation in the business 25 years ago. With the exception of one or two years, separately releasing a dancehall and roots/lovers edition each on one disc with most likely a bonus disc. Over the last couple of years we got accustomed to the odd numbered STBs being the dancehall edition of this “year in reggae” series and thus #55 is that version, accompanied by a bonus disc that will introduce those new lovers of reggae & dancehall to some truly classic dancehall in combination-style.

Not exactly having been knocked over by Volume 54, the roots/lovers/singers edition of the Strictly The Best series this year, this dancehall edition more than compensates for it. Volume 55 is filled to the brim with great selections, all-killer-no-filler here. Minor complaint (What the Luck?!?!?!) might be the preference for radio-friendly versions, making Alkaline’s “One More Time” containing lyrics about good good luck… and the omission of Kranium. Yet apart from that, this is the compilation of dancehall tunes from 2016 you can listen to without once reaching for the skip-button.

Vershon rides Lee Milla’s “Memory Lane” riddim for “Mercy A God”, Jahmiel’s very strong “Great Man”” is included, although I would have preferred the even bigger “Instant Disaster”. Alkaline’s “One More Time” remains a powerful tune if in the all-ages-version, which is followed by Vybz Kartel’s brand new “Likkle More” over the “New Game”riddim, Mr. Vegas’ scorcher “Dancehall Dab” and Chi Ching Ching’s crazy “Roast Or Fry (Breadfruit)”.

Christopher Martin’s superb “Pirate Of The Caribbean” is preceding the closer by veteran-producer Bulby York from his magnificent “Epic & Ting” album featuring Busy Signal’s “The Streets”. This is the kind of compilation every dancehall aficionado wants (especially if the clean versions would have been replaced by the explicit tunes) and the bonus disc only makes it better. A selection of classic dancehall combination-style tunes that every soundsystem selector could play to get forward after forward and keep the massive dancing.

Conclusion Must have set, this "Strictly The Best Volume 55"!