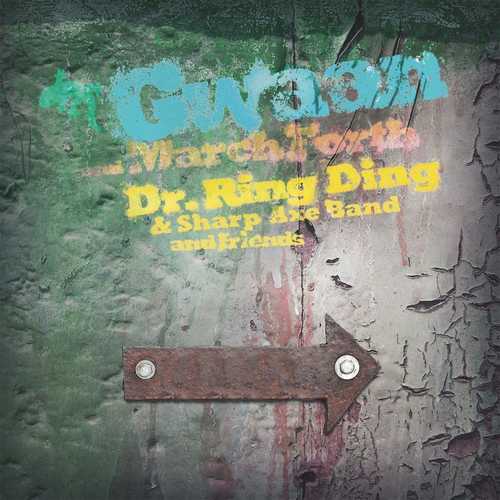 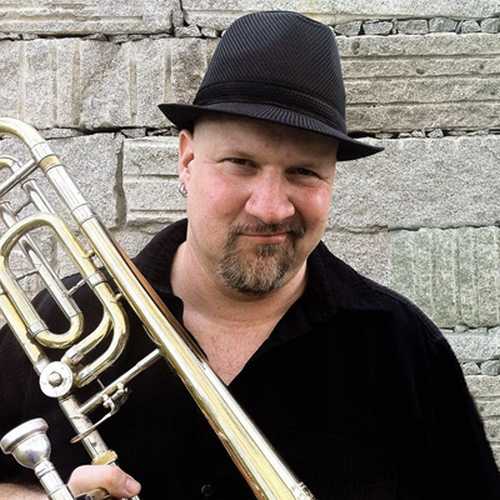 Disc 2 : March Forth – Dr. Goldphibes In The Chamber Of Dub

Münsteraner ska, reggae and dancehall don Richard A. Jung a.k.a. Dr. Ring Ding began his professional career in 1987 playing trombone with El Bosso & Die Ping Pongs, one of Germany’s most famous ska bands. His experience in El Bosso led to his life long love for Jamaican music. By early 1993 he had formed his very own band, Dr. Ring Ding & The Senior Allstars, and over the next ten years they would release five albums, numerous singles, and two excellent albums backing legendary Jamaican vocalists Doreen Schaffer and Lord Tanamo. American releases on Moon Ska and Jump Up! helped solidify his fan base in the United States, and soon Dr. Ring Ding was enjoying a worldwide audience for his snappy vocal style and tremendous musicianship. Dr. Ring Ding is not only a popular live performer, he is a studio musician, arranger and producer in many different music genres such as swing, rhythm & blues, hip hop, rumba and punk, but, above all, in reggae, dancehall and ska.

For those who have seen Dr. Ring Ding perform with his fellow Münsterländer musicians of the Sharp Axe Band it might be unnecessary, but for all others this album should probably be displayed with a “WARNING”-sticker stating “Contains NO ska material, only reggae”. As this is Dr. Ring Ding’s first ever (almost) reggae-only album-length release. The album opens with the very nice “Gwaan”, followed by, according not just to Dr. Ring Ding, but also to the Nobel Prize committee one of the greatest songwriters ever, Bob Dylan’s “Don’t Think Twice, It’s All Right” in a country-reggae-version, the ska-song “Soundbway Dead-O” a soundboy version of the folk tune immortalized in Jamaican music by Eric ‘Monty’ Morris and the great version of Bob Andy’s “Unchained”.

“The Contract” is a very funny old school rub-a-dub style tune, before on “Ring Of Fire / Fiyah Fiyah” H-Blockx’s singer Henning Wehland returns the favor of being the featured guest vocalist that Dr. Ring Ding was on their chart topping version of the Johnny Cash classic. “My Darling” is a stunning acoustic version of Dr. Ring Ding’s own “Doctor’s Darling” that propelled Germaican Records and Seeed to international stardom, “Pitta Patta” a cover of the 1972 Ernie Smith song with great marimba by Altfrid M. Sicking and “Ugly Peruke”, a fabulous Dr. Ring Ding original about (wearing) wigs, using the uncommon word “Peruke” for it that he first heard in a Prince Buster song.

“Keep Your Love Light Shining” has a backing that reminds me of instrumental horn driven reggae as featured on Rico Rodriguez “Man From Wareika” album (like “Paluku Rock” the instrumental on last year’s “Bingo Bongo” album), “The Only One” is a rocksteady song that would not be out of place on any Peckings compilation and “New York Story” based – unfortunately for the Doctor – on a true story, resulting in a very funny tune here. Of course “Willow Tree” is a (great) take on the tune by legendary rocksteady singer Alton Ellis and so are “Love I Can See / Singing Sweetness” on the Smokey Robinson penned tune made famous in reggae music by John Holt. And I’m fond of the earliest slackness, so I really enjoyed the take on Lloyd Charmers’ (former Uniques member alongside Jimmy Riley & Slim Smith) as Lloydie & the Lowbites in 1973 released “White Rum & Pum Pum”, itself being the risqué parody of “Pitta Patta”.

The second CD, the dub album “March Forth”, is a true oldschool dub album. Beautifully mixed by Goldi a.k.a. Dieter Tosh at his Münster and Berlin Goldvibes Studio, the strength of the compositions and arrangements and the individual musical qualities of the Sharp Axe Band’s members are highlighted in a perfect way. The steady basis of Martin Musch’ drums and Rupie Black’s basslines accompany the brilliant guitar & organ of long time Dr. Ring Ding companion (they’re almost musical Siamese twins) Markus Dassmann and Nicolas Börger’s wonderful piano-riffs and of course the horns of Benny Brown, Johannes Hirt and Dr. Ring Ding’s own trombone. 14 dubs (as “Pitta Pitta” and “White Rum & Pum Pum” use the same instrumental) and an additional great “Keep Your Love Light Shining [Earth Mix]” double your listening pleasure.

Conclusion If you're only into the ska releases of Dr. Ring Ding at least listen into this great double album. If you're into reggae & dub as well, this is a must buy!