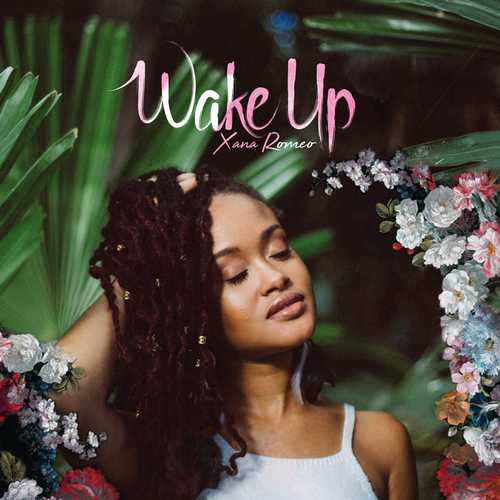 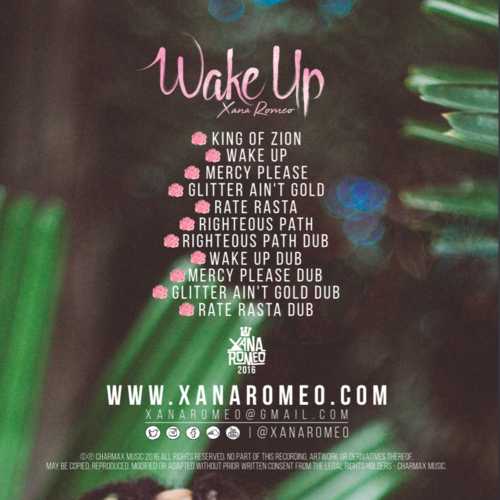 The old adage of “don’t judge a book by its cover”, really is appropriate when it comes to the album cover of Xana Romeo’s debut set “Wake Up”. It’s the kind of cover that suggests an album full of love songs, but it isn’t!!! Amongst the six vocal cuts featured on “Wake Up”, you won’t find a single song that deals with the romantic side of life. So, what you see isn’t what you get.

22-year-old Makeda Smith aka Xana Romeo, daughter of the legendary singer Max Romeo, truly follows in her father’s footsteps as the music on her first album is pure roots music. “Wake Up” is actually a roots-dub-reggae album, because next to the 6 vocal tracks this set also features 5 dub treatments (only “King Of Zion” hasn’t been given a dub version). Apart from Xana, other family members have been involved in creating this album. Her very gifted brother Azizzi produced three tracks (“King Of Zion”, the title track “Wake Up” and the previously released standout single “Rate Rasta”), while her other brother Romax in collaboration with her uncle Lindy Lambert produced “Mercy Please”. However the most important role was played by Omar “Jallanzo” Johnson, best known as guitarist and vocalist of the Dubtonic Kru, who also did production work but above all was responsible for the dub treatment in the mix of this album, which was entirely recorded at Max Romeo’s Red Ark Studio in Linstead, St. Catherine Jamaica.

Xana Romeo immediately enraptures the listener with the first track, the beautiful “King Of Zion”, in which she gives praises to the His Imperial Majesty. However, the powerful voice and lyrical prowess of this roots daughter really come to the fore on the title track “Wake Up”, a call to action for conscious awareness of issues in today’s society, and the tunes that follow. “Wake Up” is followed by the crucial “Mercy Please”, which speaks about the decriminalisation of marijuana and is a plea for justice… “Dem lock up di ganja man, dem never lock up di pedophile, because dem wicked and dem nasty and dem vile!” Next comes “Glitter Ain’t Gold” (across the riddim known from Azizzi Romeo’s single “Grow My Dread”), a solid message song with a real nice dancehall vibe that works well. The successful single “Rate Rasta”, with its very poignant lyrics inspired by what a teacher wanted Xana to do with her dreadlocked son when he started kindergarten, is a huge tune, one of the highlights here. Just like the album opener, the glorious “Righteous Path” is another praising song dedicated to trodding Rastafari way. It’s directly followed by its worthwhile dub version, which gives way to even more exciting dubs that make up the second part of this album.

Conclusion Xana Romeo impresses with an album that fully shows that she's a force to reckon with in contemporary roots reggae music.