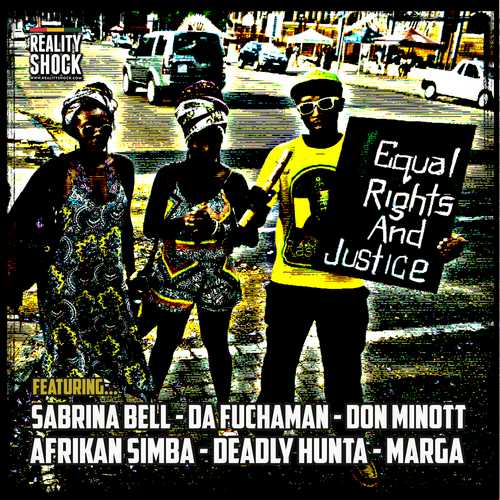 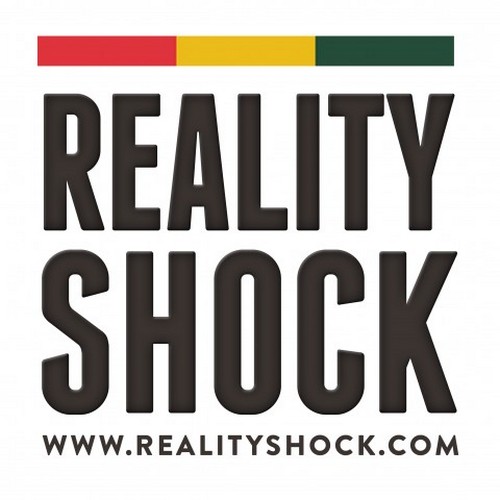 It’s early 2017 and there’s a whole heap of Riddim projects front and center. One standout is “Equal Rights & Justice” from the ever consistent Reality Shock Records. Shocks of mighty indeed! Great musical ruling outta Reading with some of UK’s finest talent riding the top grade riddim…

Kris Kemist’s Reality Shock Records is one of Europe’s premier independent studio/label/production houses whose roster includes Earl 16, Errol Dunkley, Macka B, Errol Bellot, Mikey Murka, Donovan Kingjay, Brother Culture, Solo Banton and many more Royal talent. Yes, Kris brings forth the veterans and also brings in rising talent with impeccable attention to detail. The label’s catalogue is absolutely solid since it’s inception a little over a decade ago. Expect great things past, present and future from Kris and crew. This riddim project is the latest offering; in the same caliber of the recent “Strength Up”, “Vitality” and “Realization” (recently reviewed here) riddims.

Da Fuchaman opens up with “Equal Rights”. Hailing from St. Ann JA, Zemroy Thomas came to UK in 2002 and has built a solid reputation with a string of SOLID albums and singles. He rides the crisp riddim with his distinctive delivery and smooth and seasoned approach. Veteran vibes indeed. Sabrina Bell has been making a solid impact on the scene for a few years now. This Empress shines on “Living Without You”. A smooth Lovers track that displays her crisp and soulful approach. Artist on the rise for sure!! Deadly Hunta is an innovative artiste indeed. He has the knack of intertwining different styles with ease. His recent “Super Heru” albums attests to his diversity. “Fake Friends” shows him in fine style; an upfront delivery that’s hook, line and sinker. No wonder he’s backed the likes of Ice T, Wu Tang Clan and the best in Reggae circles… boom!

Afrikan Simba hails from Nigeria and has become one of London’s premier mc’s since bursting on the scene in the ’90s. His debut track, “Give Thanks” (Jah Warrior), is one for all times. He’s top ranking on “Only Human”. Pure lyrical flow that commands your attention with sharp songwriting and urgency in the vibration. Top notch!! Don Minott is a bonafide veteran; after moving to the US from Kingston in 1986. He’s been active in numerous bands on the East Coast for many years. Great to hear him on this set! “I See Trouble” is killer. Don delivers with heartical and soulful dimensions. This is anthem caliber for sure. Total command of the mic with seasoned songwriting and arrangements. Boom! Marga is another veteran whose truly golden on “Positivity”. He’s been hugely successful as an artiste and manager since the ’90s. His 1998 hit, “Walk Like A Jamaican” became Jamaica’s football team the same year. He’s released serious works with Ruff Cut, Jazzwad, Scotch Bonnet and many more. His recent album, “Gold Dust”, is pure Fyah; released on Reality Shock. He’s got a smooth flow that’s truly intoxicating and a broad vocal range. Roots artist to be reckoned with. The set closes with the riddim mixed by Kris Kemist. Crisp and clean presentation of a musical backbone that is phat drum and bass with pulsing keys and guitar. Great arrangement!!

Conclusion "Equal Rights And Justice" is the complete package. Showcasing a diverse range of crucial artistes; this is an instant rewinder. Maximum respect to Kris Kemist and all involved in this rousing set. Don't hesitate on this one. Go deh!!