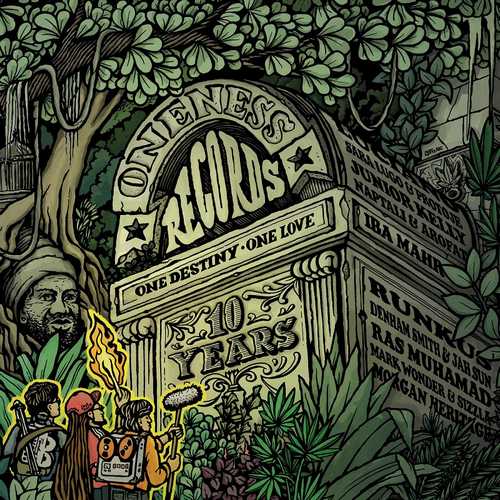 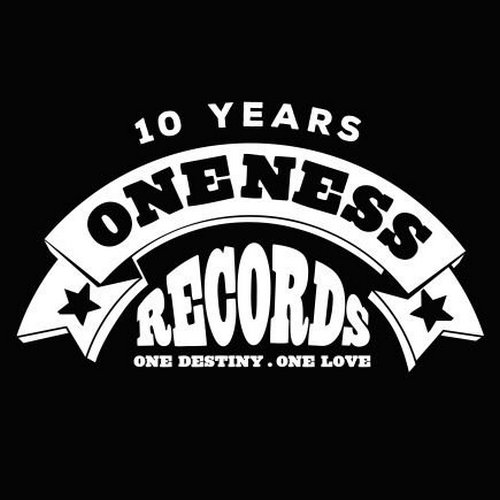 What do you do when you are a record label and you’re celebrating your 10th anniversary? You pick 10 of your favourite tunes from your catalogue and put them on a sampler. This is exactly what the Munich based Oneness Records has done and thus reggae fans and in particular fans of the record label are treated to “Oneness Records – 10 Years”. The high-quality tunes featured on this compilation set includes hits as well as lesser known songs.

The Munich-based record label emerged in 2007 and is the product of a long-time alliance between Moritz “Da Baron” von Korff, Benjamin Zecher and Umberto Echo. Moritz is the musical alchemist and Oneness Records’ chief producer. When he isn’t in the studio, he’s playing bass guitar on tour with Dub Inc. Benjamin is the A&R Manager and the Director of Photography for most of Oneness Records’ music videos and other visuals over the years. Umberto Echo is the sonic scientist, mixing engineer and holder of the key to Oneness Records’ signature sound.

Benjamin and Moritz met at a jam session in 2000, where Benjamin and the rest of Magus & Fool Studio were looking for a trumpeter. The Reggae community in Munich, Germany is small, so they soon became friends. Umberto Echo was the mixing engineer for Magus & Fool Studio at the time. Six years later Moritz brought a single by Jahcoustix to Yard Beat, which was a Reggae record shop Benjamin ran in Munich at the time, specializing in 7″ singles from Jamaica. This was the genesis of Oneness Records, rooted in the intention to connect the emerging Reggae scenes in Munich, and build bridges between musicians and artists in Jamaica and Germany.

On March 15, 2007 Oneness Records issued its first release, the “Oneness Riddim Selection”. From that release comes Luciano’s “Use Jah Words”, a big roots tune and, of course, a to be expected opener of this 10th Anniversary sampler. Another tune that was expected to be included here is the infectious jazz-tingled “Really Like You” by Sara Lugo & Protoje, a smash hit originally produced by Hamburg’s Silly Walks Discotheque and in 2014 released by Oneness Records. Three years after its original release, Oneness Records has now released “Really Like You: The Remixes”, an EP with 7 remixes ranging from live multi-instrumental renditions to club style and beat-based interpretations. Next up is Junior Kelly’s “Heads Up”, without any doubt one of the finest cuts on the 2011 released “Redeemer Riddim” as the artist is in great form on this inspired sounding offering. The Clarendon native Naptali saw his 2010 debut album “Long Journey” produced and released by Oneness Records and since then has been regularly working with the Oneness crew. From the 2015 released “Rasta Freedom EP” comes the solid title track “Rasta Freedom” done in collaboration with Arofat, who is from Portmore, St.Catherine Jamaica.

One of the highlight of this sampler has to be the sterling “Guiding Light”, the initial single from Mark Wonder’s “Working Wonders” album for which the underrated blazing reggae artist teamed up with Sizzla Kalonji. The awesome old skool vibed “Rub A Dub Ting” was Denham Smith & Jah Sun’s contribution to Oneness’ “Rub A Dub Man Riddim”, which relicks the classic “Dirty Harry” riddim in a great way. “Rub A Dub Ting” was also featured on Denham Smith’s “Not The Same EP” and Jah Sun’s album “Rise As One”, although on the latter in a slightly different version. Another great do-over of a classic riddim is the “Retro Locks”, with Iba Mahr’s “Travelling Home” being one of its best cuts. In this song Iba Mahr expresses that he’s fed up with violence and agitation, which makes him flee to a calmer destination where love reigns supreme. Runkus’ “Energy” incorporates sweet flute play and is a nice song full of consciousness. It’s followed by Ras Muhamad’s joyful sounding “Salam”, which is sung in English and Indonesian language. The sampler comes to an end with “Modern Man”, a very strong effort by Morgan Heritage with both Peetah Morgan and Gramps Morgan vocally taking the lead in their inimitable powerful style.

Conclusion All in all this sampler is well worth a listen and a purchase for those not really familiar with Oneness Records material (if there's anyone out there who isn't, he or she must have been living on another planet).