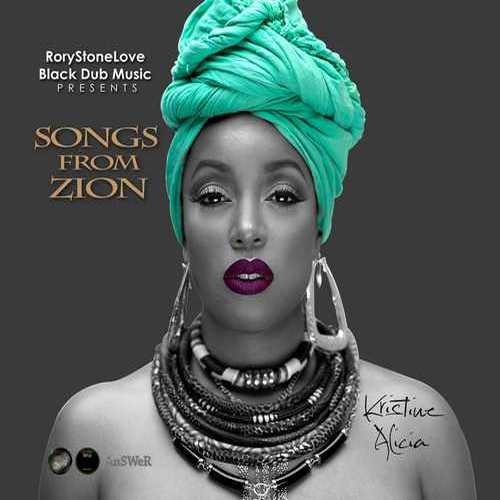 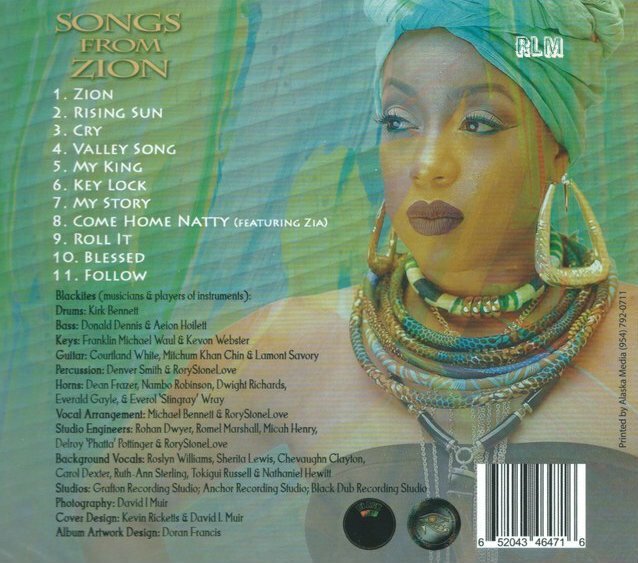 Since Rory “Stone Love” Gilligan, who started his career as a selector on the legendary Stone Love Soundsystem back in the 1980s, tried his hand as music producer and founded his own RoryStoneLove and Black Dub Music labels, he has come up with quality roots music from, at the time of its releases, mostly unknown voices. Regarding the latter this is what he said in an interview in the Jamaica Observer: “I like being the voice of the unknown. I get a rush out of finding that voice, that artiste that nobody has heard of, or has not heard from in a long while, and work with them… I get a rush from that.”

Kristine Alicia is one of those artists we have not heard from in a long while. This singer/songwriter, who hails from Kingston, Jamaica and moved to Miami, Florida when she was 13, comes from a musical family and is a classically trained pianist. Her Nigel Lewis produced debut studio album entitled “Get Ready” propelled her into the forefront of the Caribbean community in 2008. The gospel reggae project garnered an unprecedented eight nominations at the 2009 Marlin Awards, as Kristine took home both ‘Artist of the Year’ and ‘Female Reggae Vocal Performance of the Year’. In 2015 she started working with the venerable Rory ‘Stone Love’ for whom she recorded cuts on the “Zeen” and “Braveheart” riddims; “He Walks With Me” and “Freedom Fighters” respectively. These noteworthy tunes were followed by the beautiful single “Hand Over River”, which was released in April 2016.

Although “Hand Over River” was announced as the second single from her album “Songs From Zion”, it’s not included here and neither are “He Walks With Me” and “Freedom Fighters”. Her much anticipated sophomore album includes the work and direction of Rory ‘Stone Love’ and other renowned Jamaicans in music such as saxophonist Dean Fraser, the late trombone player Nambo Robinson and producer Mikey Bennett to name a few. All album tracks were recorded with live instrumentation performed by an amazing group of talented musicians, who Rory affectionately calls the Blackites.

Setting the standard for tracks to follow is the great “Zion”, a perfect album opener and a fine example of the rich inspirational messaging the listener is offered on this roots reggae album. It’s instantly clear that Kristine Alicia and Rory ‘Stone Love’ have produced absolute magic together, which more or less was expected after the release of the above mentioned tunes. The next tune that keeps the quality high on “Songs From Zion” is “Rising Sun”. Didn’t need to listen a few times to this amazing song to fully appreciate it and recognize its sheer beauty. Vocally, lyrically and musically this is a massive tune. Also the last song of this opening lot, the spiritual “Cry”, is an intense and impressive offering that gives you goosebumps. All in all a brilliant start of this album.

Also the rest of “Songs From Zion”, starting with “Valley Song”, maintains the quality throughout. Both “My King”, in which she praises the Most High, and the love song “Key Lock” are well worth hearing, with especially the latter done in a clever way. The solid praising song “My Story” comes across a relick of Don Drummond & Skatalites’ classic “Heavenless” riddim, while “Roll It” – a nice song about a sound playing inna the dance hall – is underpinned by a reworking of the big bad “Real Rock” riddim. “Come Home Natty”, delivered across a hard hitting riddim, is a standout track. A different mood and vibe comes with “Blessed”, which is a winner. After the final song, “Follow”, one can draw the conclusion that all of the songs included here, in terms of the prevailing sound and musical direction, sound so nice together.

Conclusion Jah9's "New Name" was Rory 'Stone Love" Gilligan's first outstanding set recorded with a female artist. And now there's Kristine Alicia's "Songs From Zion", which can be regarded as a worthy follow up to the Jah9 set.