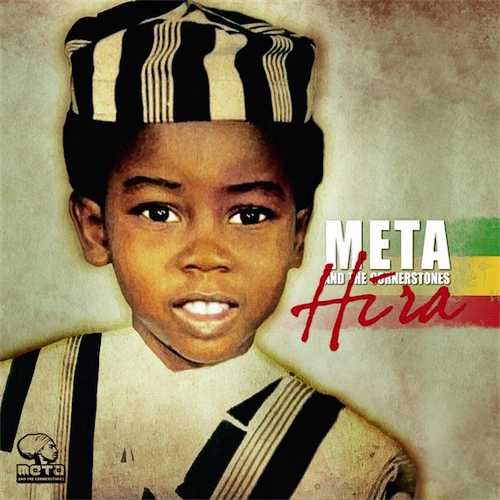 Born and raised in the Sufi Islamic traditions in a village in Senegal, West Africa, lead singer of Meta & The Cornerstones, Meta Dia, discovered his love for music and desire to be a musician at a very young age. As a self-taught musician, by age 14 he was performing on the streets and stages of his hometown Dakar, Senegal. In 2000, Meta formed his first band named Yalla Suuren (meaning God Bless), which was nominated for Best Hip-Hop/Reggae Group by the French Cultural Center the same year. Within two years, Meta had become one of the premier pioneering voices of the Hip-Hop culture in West Africa.

After relocating to the US, Meta immediately began to learn English and collaborated with artists such as Sean Blackman, and Hip-Hop Ambassador Toni Blackman. Shortly after settling in New York City he started to embrace reggae music and formed Meta & The Cornerstones, whose band members carry passports of Cote d’Ivoire, Jamaica, Israel, Algeria and Japan. Collaborations with Youssou N’Dour, Luciano, Steel Pulse and Tanya Stephens followed before they released their first album entitled “Forward Music” in 2008. In 2013 the band released the album “Ancient Power”, which was recorded at Tuff Gong Studio in Kingston, Jamaica, and featured guest artists such as Damian “Jr Gong” Marley, U-Roy and Capleton. Although the album, just like the live performances that followed after its release, was well received and gained critical acclaim, it didn’t lead to a giant breakthrough. However, this might change with their long awaited third album called “Hira”.

The opener and title track “Hira”, a beautiful song in honor of the Prophet Muhammad in which Meta Dia refers to the mystic cave where the Prophet received his first vision of Archangel Gabriel and where the first verse of the Quran was revealed to him, starts with a real nice piano intro before it merges into an authentic roots reggae tune. Next comes the cheerful “Addis State Of Mind”, a powerful message tune underpinned by a captivating riddim, which is followed by the strong “The Fig And Olive Tree”. The latter completes an opening which rightfully can be qualified as flawless. Also the rest of the album consists of songs that range from solid to excellent. In particular “Zion Stereo”, “Mind Your Business”, “Bilal”, “Kingdom” and Finding Oneself are the highlights of an album that doesn’t have any weak moments. After you have listened to the entire album, it’s obvious that all songs are connected together.

Conclusion A rootsy, steady and groovy collection of tunes!