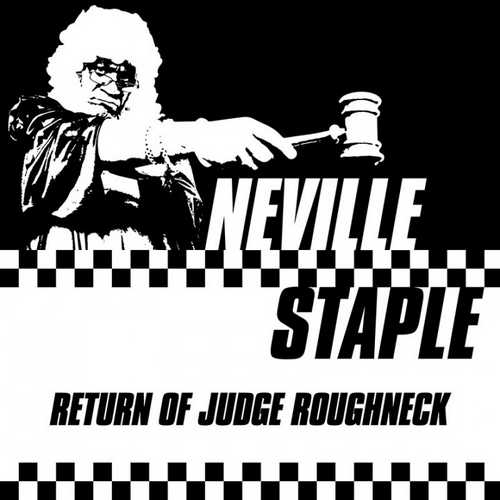 Neville Staple was born in Manchester, Jamaica but left Jamaica to live in the UK. He became active in the sound system scene, forming his own crew called Jah Baddis. Neville honed his toasting skills on the sound system scene in Coventry during the 1970s. He initially joined The Specials as their roadie but at a gig supporting The Clash, Neville took the stage and never looked back. According to founding member Jerry Dammers anti-racism was intrinsic to the formation of the Specials, in that the band was formed with the goal of integrating black and white people. When Jerry formed the 2 Tone Records label the debut single “Gangsters”, a reworking of Prince Buster’s “Al Capone” was released. They recorded their eponymous debut album in 1979, produced by Elvis Costello. Their next hit was a cover of Dandy Livingstone’s “Rudy, A Message to You” (slightly altering the title to “A Message to You, Rudy”), In 1980, the EP “Too Much Too Young” was a No. 1 hit in the UK Singles Chart.

Their second album was not as commercially successful and after the release of “Ghost Town”, which hit No. 1 in 1981, Golding, Hall and Staple left the band to form Fun Boy Three. They had a string of chart hits, some in collaboration with the all-female trio Bananarama. In 1990, Staple joined Ranking Roger from The Beat to form Special Beat, a revival group playing hits from both former two-tone bands. Neville left for the US where he worked with several bands before returning to the UK in 2004 and formed The Neville Staple Band, releasing the critically acclaimed album “The Rude Boy Returns”. Since 2004, Neville has relentlessly toured the UK, Europe, The Middle East, Australia & New Zealand with his own band. On the Californian label Cleopatra Records he released the album “Ska Crazy”, filled with original and classic ska material. His latest effort is the album “Return Of Judge Roughneck”.

The 21 (!) track album – 12 vocal cuts and 11 dub specials – is a foot stomping, fun filled, ska & early reggae driven “erlebnis”, transporting you straight back to those happy days of Two Tone records with an highly enjoyable collection of reworked classics, originals, remixes and dub workouts. Neville opens with “Return Of Judge Roughneck” and revisits The Specials classic “Gangsters” (that one based on Prince Buster’s “Al Capone”) with a smooth brass section and hilarious from beginning to end. There’s a splendid recut of the Jamaican classic “Bangarang”, do check out the dub version called “Jah Baddis Dubplate” as well! Fun Boy Three’s 1981 classic “The Lunatics Have Taken Over The Asylum” gets a decent makeover as “Lunatics”, a damn good choice regarding the state of mind of some political leaders nowadays. Peter Tosh’s “Maga Dog” fits Neville’s performance extremely well.

A new interpretation of The Specials’ “Enjoy Yourself” (version of Prince Buster’s track, which is a cover of Guy Lombardo’s original) is presented here inna Ragtime Lounge Mix with violinist Jessy Greene on strings. His interpretation of The Melodians’ classic “Sweet Sensation” isn’t the best cover of the tune we’ve heard, but his rendition of “Guns Fever” by The Valentines (he renames it “Gang Fever”) gets our approval! Special mentioning deserves his superb reworking – “Be Happy” – of Jimmy Soul’s 60’s hit “If You Wanna Be Happy” with the infamous lyrics “If you wanna be happy for the rest of your life, Never make a pretty woman your wife, So from my personal point of view, Get an ugly girl to marry you”. The 9 dub specials are an interesting collection of tunes, some pure undilluted dub such as “Crime Dub”, “Maga Dub” and “Dub Street”, but also vocal specials like the excellent toast “Bang Gang”, the aforementioned “Jah Baddis Dubplate” and “Legal Dub”, and a tasty remix of “Politician Man”.