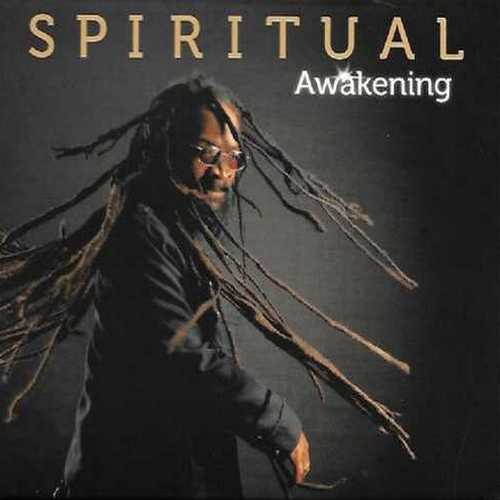 Although having released a few singles including “Marathon”, a 2008 collaboration with Alborosie, plus a 15 track album entitled “My World” (2010), Jamaican roots reggae singer Spiritual has largely stayed under the radar of the reggae fraternity for about a decade. However that’s definitely gonna change with the release of his sophomore album “Awakening”, not least due to the renewed interest in roots reggae music in Jamaica as well as in the world. Spiritual’s voice resembles Joseph ‘Culture’ Hill a lot, although there are also influences of Burning Spear heard in his vocal style.

The 14 tracks on “Awakening” are produced by Clifton ‘Specialist’ Dillon, Bobby Digital and Horace Chin and features great musicians like Sly Dunbar, Robbie Lyn, Horsemouth Wallace, Mafia & Fluxy, and Nambo Robinson, who recently passed on to Zion. The very first track, the huge “Black Man Story”, instantly makes clear that this album is a real treat for those who cherish great albums recorded during the heydays of roots reggae such as Culture’s “Two Sevens Clash”, Burning Spear’s “Man in The Hills”, Israel Vibration’s “The Same Song” and Bob Marley & The Wailers’ “Exodus” to name only four. Whilst not breaking any new ground, “Awakening” remains true to both spiritual and musical values known from the latter seventies. Riddimwise the listener is treated to original, ‘live’ backdrops, stirling horns arrangements and first-rate playing from the musicians involved.

After the massive album opener, the listener is treated to a crucial rasta anthem entitled “Stand Up For Rasta”, which Spirital nails completely. A real roots killer with big vibes!!! Wheel & Come Again!!! Next up is the gorgeous “Time Has Come”, another tune that really shines on this album. What a great opening lot, truly impressive!!! And it doesn’t stop here… The album maintains its exceptional musical and lyrical standards all the way through, while Spiritual continues to spread his message of Rastafari and skillfully touches familiar topics. When listening to this album in its entirety it’s almost like you’re going from one standout track to the other, which says a lot about the consistency and balance of this collection. Personal favourites are “Ethiopia”, “The Lamb”, “Where Is The Love” and “Tell Me Who”. Also of interest are the two collaboration tunes included here. Both Iba Mahr’s and Droop Lion’s vocal style blends perfectly well with that of Spiritual. In particular “Liberation” is a superb offering with lyrics that keep you involved. When “Awakening” finally comes to a close with “Live Righteous” there’s no doubt that Spiritual has created a beautiful and virtous roots album.

Conclusion Essential release, a must-have for all roots fans!!