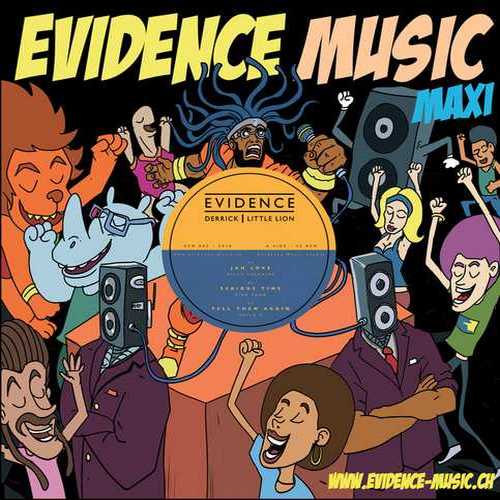 The A-Side starts off with “Jah Love” by Micah Shemaiah, an exponent of Jamaica’s Reggae Revival Movement who has attracted notable attention with his 2015 released superb sophomore album “Original Dread” and several singles including “Dread At The Control”, “Reggae Rockit”, “Dread Act”, “Fire Burning”, “Do Right” and more recently “Rude Bwoy Jamaica”, a collaboration with Giark. The consistently impressing Micah Shemaiah makes good usage of the riddim and delivers a cut worth hearing multiple times. King Kong speaks about “Serious Times” in which religious indoctrination leads to the terrorism that rages throughout the world. A great tune from this Jamaican deejay/singer, who’s best known for his work in the 1980s. Final track on the A-Side comes from Nello B, a Jamaican artist who resides in Geneva. He delivers a solid tune full of consciousness called “Tell Them Again”.

Fast forward to the first track on the flipside, Brother Culture’s “Heal Them”. The original Rasta MC from Brixton makes a real good impression with his lead track for the riddim. Then it’s time to fulljoy two instrumental versions. First there’s the melodica version with Mista Savona blowing this instrument, made famous in reggae by Augustus Pablo, in such a way that he creates lovely vibes. And then there’s the straight instrumental version, which is always good to have on the tracklist of a juggling project.