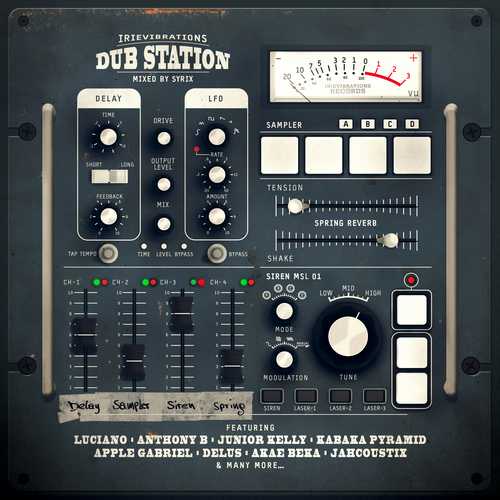 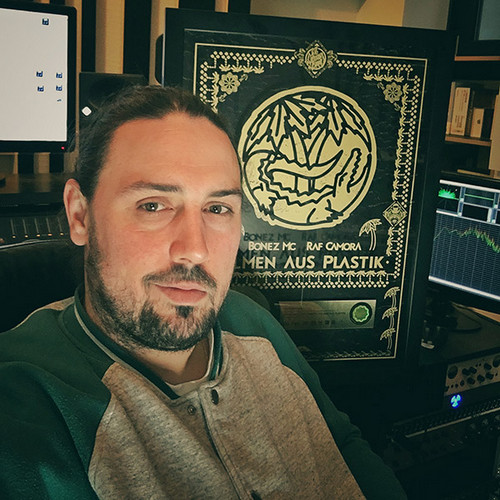 “Irievibrations – Dub Station” not only is the very first full length Dub abum coming from Austria’s Reggae powerhouse Irievibrations, it also marks the label’s incredible milestone of reaching its 100th release (mostly albums) since its foundation in 2003.

In the past thirteen years the Irievibrations crew consisting of brothers Syrix (producer & engineer) & Professa (manager) and Tomic (promotion & public relations) have worked with well-known and lesser known artists from far and near including great Jamaican artists such as Anthony B, Luciano, Junior Kelly, Perfect Giddimani, Konshens, Morgan Heritage, Sizzla, Jah Mason, Gyptian, Ward 21, Turbulence and European based artists like Raphael, Ray Darwin, Denham Smith, Jahcoustix, and Uwe Kaa. Besides that they also put out material from their own group named Iriepathie.

During the years of their existence Syrix has managed to create an “Irievibrations Trademark Sound” in their own studio facility in Vienna. Annyone familiar with their releases has to admit that their sound has a high quality standard. This is also underscored by this release, which contains dub versions of tracks from various familiar Irievibrations projects. Included here are stunning dub treatments of Anthony B’s “Freedom Fighter” (from the “Freedom Fighter” album), Luciano’s “Hard Road” (from the “Rub-A-Dub Market” album), Kabaka Pyramid’s “Cyaan Study Me” (from the “Jungle Skunk Riddim” album), Natural Black’s “World In Trouble” (from the “Hit Drop Riddim” album) and Akae Beka & Jahcoustix’ “What Makes Someone Leave” (from the “Seriously Positive” album). However there are also a few unreleased and exclusively produced tracks around. These include the album opener and title track, Syrix’ “Dub Station”, Denham Smith’s “Please Natty Dub” and “Step Inna The Place Dub”, a version of a tune that will be featured on Alex “A-Game” Gallimore’s upcoming EP release. Obviously inspired and influenced by dub legends like King Tubby and Lee “Scratch” Perry, Syrix showcases his exceptional skills as a Dub mixer.