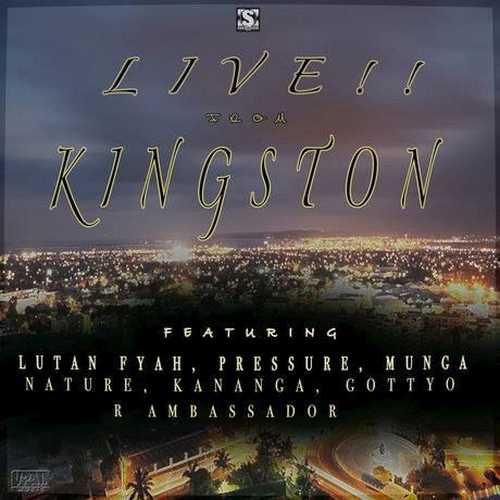 Karim “DJ Karim” Thompson began his career with Tony Matterhorn releasing several successful remixes which later gave him the name of “Remix King”. In 2000 he released his first mixtape called “Stainless” for the Jamstar Entertainment Group. On his own label Stainless Records he has released successful riddims such as “Tequila”, “Duffle Bag”, “Critical”, “Mix Up Tingz” and “Condition”. Recently he put out a new reggae riddim called “Live From Kingston”.

The set fires off with a strong effort by Gottyo (Gott Yo aka Garbarell Russell) called “Emanuel”. He comes from a musical family and gets his inspiration from his brother Lukie D. Singer and deejay Kananga, who started off inspired by the likes of Shabba Ranks and Cutty Ranks, comes next with the powerful roots tune “Clear My (Way Oh Jah)”. Over to full force with Lutan Fyah’s key tune “We Get Stronger”! Munga Honorable’s vocal style adds a sharp edge to his social commentary tune “It Nuh Easy”. Singer Nature aka Nature Ellis delivers a more than decent effort with the conscious tune “Jah In Your Life”, while Pressure Busspipe’s lovers tune is definitely up to par. It’s unknown artist R Ambassador who nicely rounds off with “Vampire”.

Conclusion The DJ Karim produced "Live From Kingston Riddim" is a satisfying set of tunes. Do check this ya one.