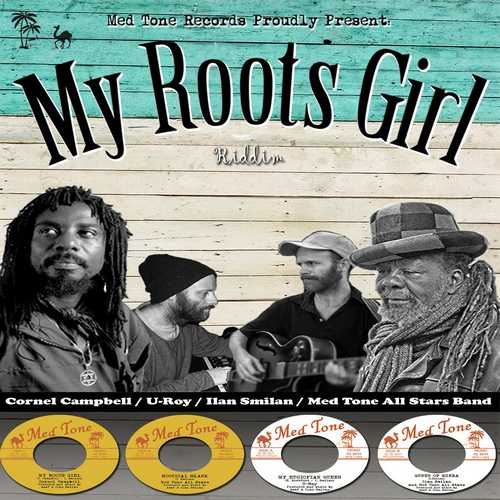 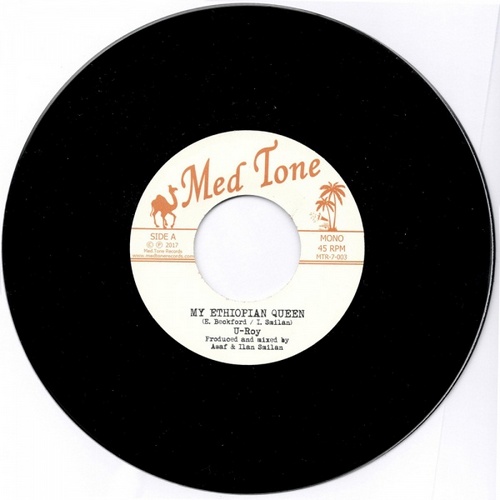 Tel-Aviv based Med Tone Records is an independent label dedicated to roots reggae and dub music. The label was founded in 2012 by musicians Asaf (drums) and Ilan Smilan (bass & lead guitar). In their small recording studio in south Tel-Aviv they play, produce and record new roots music with an authentic analog sound. They achieve this by using an analog tape machine and vintage gear that can reproduce the original Jamaican sound from the early 1970’s. Their current artists include Cornel Campbell, The Viceroys, U-Roy, Ranking Joe, Anthony Selassie, Zvuloon Dub System and the Med Tone Allstars band.

Their latest effort is an EP with four tracks on a riddim called “My Roots Girl”. The riddim was produced, recorded and mixed by Asaf and Ilan Smilan (he composed the riddim) and played by the Med Tone All Stars band which includes a fine brass section. The riddim is a wicked reggae/rocksteady riddim that sounds as if it was recorded in Kingston at Treasure Isle played by The Supersonics. Add the soulful falsetto voice from reggae legend Cornel Campbell and you get a brilliant Impressions styled tune called “My Roots Girl”! In good vintage fashion Daddy U Roy adds a superb old skool toast called “My Ethiopian Queen” with Cornel’s vocals fading in and out. The Med Tone All Stars add a vibrant dub version and Ilan Smilan surprises with the guitar instrumental of the riddim entitled “Queen Of Sheba”!

Conclusion Attack Released has put out a pleasant juggling EP.