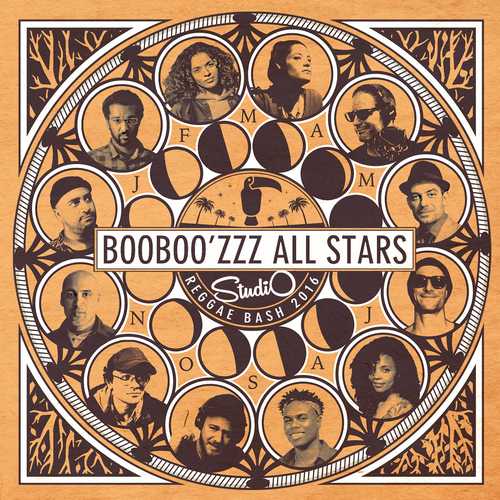 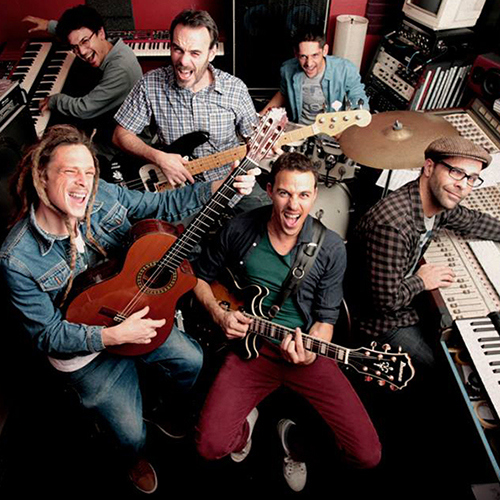 Reggae artists covering Soul, R&B and Pop songs is from all times and strectches back to the very beginnings of Reggae history, when Ska and Rocksteady acts like the Skatalites, Wailers and Techniques would reinterpret hits of the late ’50s and early ’60s. In the year 2000 the defunct Jet Star label from the UK even launched the “Pop Hits Inna Reggae” series, which came to an end in 2007.

A totally different approach of covering songs as the one utilized for the above mentioned series has been chosen by the Booboo’zzz All Stars. The latter, an emblematic band of the reggae / soul scene from Bordeaux, France, which brings together the active members of the band Wyman Low and the Ravers, Train’s Tone, Tom Frager and The Jouby’s, was born in 2013. For more than two years, they offered the public “Reggae Bash” evenings, bringing together artists, uniting artists from all around the edges of Jamaican music.

Since 2016, the Booboo’zzz All Stars began to share video sessions ‘live’ on social networks every month, which allowed the backing band to be recognized by a larger public and achieve notable success. These sessions gave birth to the first recording project of the group entitled “Studio Reggae Bash 2016”, an album of covers, produced by exceptional musicians with the participation of vocalists from the Soul, Reggae, Hip Hop, and World Music scene.

Things get started with a heart-stoppingly beautiful version of the 2016 released “I Need A Forest”, originally a collaboration of cyber-soul man James Blake and his American counterpart, Bon Iver. While the original comes with a rather minimalistic electronic sound, Booboo’zz All Stars’ ‘live’ recording has led to a full and warm reggae sound with great appeal. On top of the riddim it’s Bastien Picot, a young singer/songwriter from Reunion Island, who vocally does a great job. This first track has such a compelling and gripping sound to it, that you already can feel that this album of covers is something special. And indeed it is, as this collection brings the listener quite a few superb renditions. These include Annaëlle’s groovy version of Jhené Aiko’s 2013 single “The Worst”, Laurène beautiful interpretation of Björk’s “Venus As A Boy” from 1993, and Noraa’s “You Know You Like It”, originally a song by English electronic music duo AlunaGeorge. When it comes the covers of French songs it’s in particular Max Livio’s cover of Bashung’s “La Nuit Je Mens” that leaves a very good impression.

Conclusion A thouroughly interesting and entertaining project from the Booboo'zz All Stars.