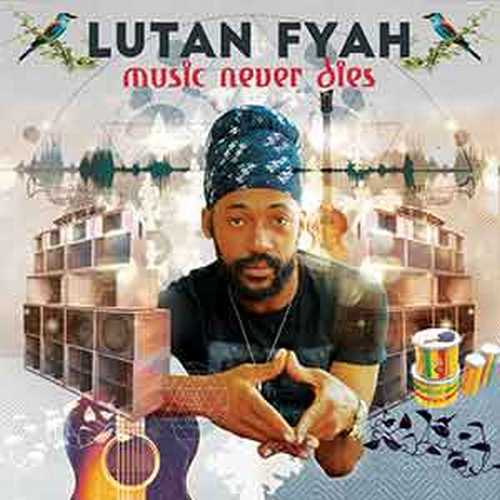 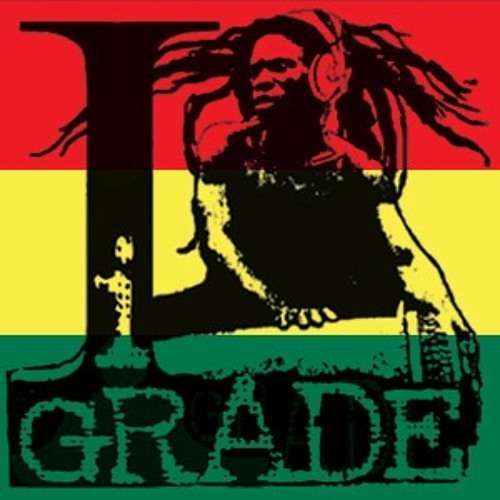 Lutan Fyah released his debut album “Dem No Know Demself” in 2004, but it was his 2005 released sophomore album, the Lustre Kings produduced “Time And Place” that definitely made the Spanish Town chanter one of our favourite artists after the turn of the century. This album was literally full of huge songs and after all those years it’s still a great joy to listen to that spectacular collection of tunes. Since then we welcomed thirteen full length studio albums of Lutan Fyah, most of them being bona fide modern classics.

With his newest and meanwhile sixteenth album entitled “Music Never Dies”, Lutan Fyah delivers another modern classic. And again there’s the involvement of Lustre Kings, now as part of the remarkable production team of Zion I Kings, which consists of I Grade Records’ Laurent “Tippy I” Alfred, Lustre Kings’ Andrew “Moon” Bain and Zion High Productions’ David “Jah David” Goldfine. This seriously heavy collective of producers (and let’s not forget the players of instruments involved) has been responsible for some of the best modern roots reggae releases since they started their fruitful collaboration in 2006.

Four years in the making, with recordings done in both Jamaica and St Croix, Virgin Islands, is a very very long time, especially for producing a reggae album. However investing so much time in the creation of this album has been well worth as Lutan Fyah’s “Music Never Dies” surpasses all expectations. It’s a massive album, which can be ranked among his very best and thus will fully satisfy his many fans world wide!!! High quality roots reggae music from beginning to end. What makes this a top notch album is, of course, Lutan Fyah’s ridiculously high level of lyrical abilities and the fact that when an artist voices Zion I Kings riddims, he can be sure that he voices some of the best original modern roots reggae riddims.

Things really get started after the title track “Music Never Dies”, a real nice tune across a sweet riddim but not an opener that instantly demands full attention. Therefore the listener has to wait until the stunning “Kick It Inna Africa” drops in. This second track is a brilliant tune with the gorgeous horns play from Grayson Farmer & Frankie “Ranks” Moniz, who just like on “Music Never Dies” and “Real Woman” prove that they are a deadly duo. Besides these two hornsmen this album also features brilliant work of the Celebrity Hornz (Balboa Becker on trombone and Daniel Caseras on saxophone) who also add magic to the music. “Kick It Inna Africa” is followed by the matching “Beat Dem”, which at the end of this album returns in heavy and outstanding remixed form… a real sound system killer!!!

“Put A Fyah In Deh” is a captiving song that earlier appeared on the “Lifetime Riddim” selection, part of the esteemed Zion I Kings Riddim Series. With the scintillating “Real Woman” Lutan Fyah comes up with an excellent piece across a riddim of sheer beauty. “Nah Go Down” deals with Rastafarian lifestyle and, together with the awesome “Bredrin Still”, is one of the album’s standouts. Then it’s time to fulljoy the stellar”Take That Back” with its wonderful horn parts. Yet another precious Rasta gem comes with the compelling “Perfect Storm”, which is followed by the solid “Test A Money”. The latter is topped by “Too Much Ramshackle”, a powerful tune that goes on repeat. “So Di World Ah Run”, the collaboration with Akae Beka & Leaf Of Life, is the kind of tune that needs several listenings to fully appreciate it.

Conclusion Lutan Fyah and Zion I Kings deliver a noteworthy and fascinating album that deserves a prominent place in every modern roots fan's collection.