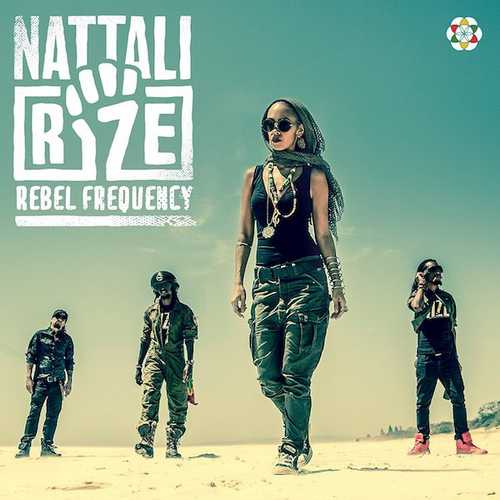 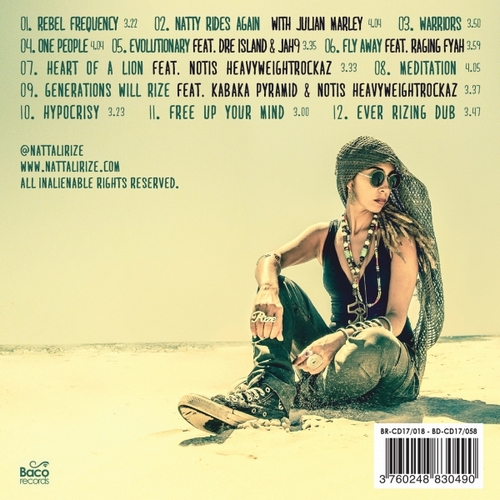 There’s no denying that reggae music has seen the emergence of a remarkable amount of talented female artists since the Roots Revival Movement around 2011 started to gain serious attention. Now artists like Marla Brown, Kelissa, Sevana, Hempress Sativa, Kristine Alicia and in particular Jah9 play their part in the male-dominated reggae industry. One of the female artists who managed to create instant success and recognition in the reggae world is a native from Australia named Natalie Magdalena Chilcote aka Natalie Pa’apa’a aka Nattali Rize.

Nattali Rize began her music career as a street percussionist in Byron Bay, New South Wales, Australia, as well as with a local band called Skin. Together with Carlo Santone she formed the urban roots collective Blue King Brown in 2003. The band’s line up has varied from a five-piece to an eleven-piece, and now features The Black Sistaz from West Papua on backing vocals In mid-2014 they relocated to Jamaica, where they partially recorded their third album called “Born Free” with legendary reggae musicians/producers Sly & Robbie. It was in Jamaica where Natalie decided to change her performance name to Nattali Rize due in part to Bob Marley’s lyrics for “Rise Up”. She started to work on a solo project, for which she collaborated with Jamaican-based producer duo Notis Heavyweightrockaz. It led to the release of the single “Rebel Love” in March 2015, which in August 2015 was followed by the nine-track EP “New Era Frequency”.

The album opens with the hard hitting title track “Rebel Frequency”, a song that deals with liberation. It needed a few spins to fully appreciate that tune with its heavyweight riddim. The powerful “Warriors” is a strong offering that instantly grabs your attention, not least because of Natalli Rize’s great vocal delivery. Usually we’re not very fond of the inclusion of a guitar solo in a reggae song, but in this case it makes sense. “One People”, a beautiful acoustic ballad delivered in the same vein as Bob Marley’s “Redemption Song”, gives Nattali Rise the opportunity to fully showcase the beauty of her voice. The slow-paced “Meditation” is pure class, one of the album’s highlights. Also the inspiring “Hypocrisy”, with its real nice acoustic guitar play, is sweet candy for the ears. The last solo vocal cut, “Free Up Your Mind”, urges everyone to educate yourself in order to “free up your mind, free up your life”. A big tune!!!

Perhaps musically and lyrically sticking closer to roots reggae than most of the other tracks is “Natty Rides Again”, the solid collaboration with Julian Marley. The Wayne “Lotek” Bennett produced “Evolutionary”, sees Natalli Rize teaming up with Dre Island and Jah9, two well known exponents of the Roots Revival Movement. It’s followed by the fast-paced “Heart Of A Lion”, which could easily have gone into Drum & Bass territory. The collaboration with Notis Heavyweightrockaz strongly contrasts with the head nodding “Fly Away”, a gentle song done together with Grammy Award nominees Raging Fyah. “Generations Will Rize” with Kabaka Pyramid is pure modern roots. A very compelling tune with a sweet backing.

Conclusion Nattali Rize is a serious artist and talent and with "Rebel Frequency" she delivers an explosive showcase of her impeccable skills.