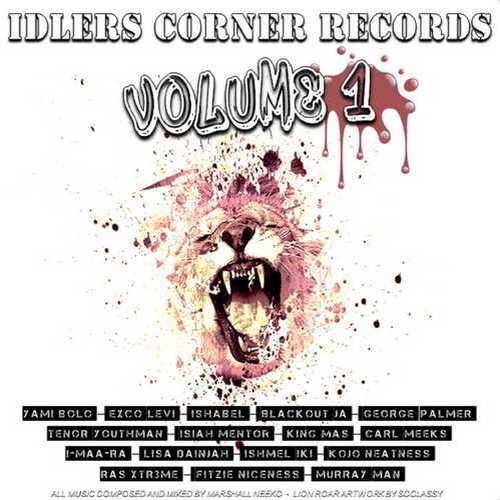 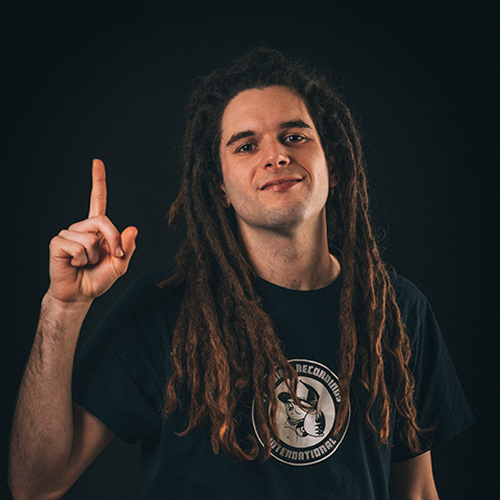 Marshall Neeko first came to our attention in 2006, when he (co-)founded the now defunct VI Connection label and send us a promo cd of his first production work, a bunch of 7″ singles for the “Sane Kry Riddim” featuring cuts from up-and-coming V.I. artists such as Pressure Busspipe, Niyorah, Army, Xkaliba and Danny I. About 8 years later, the skilled French riddim maker, producer and engineer started Idlers Corner Records and until now has put out 17 releases on his new label.

“Idlers Corner Records Volume 1” is a strong label showcase consisting of remixes, unreleased material and exclusive tunes, which can be regarded as a tribute to the dancehall sounds of the 1980s & the mid 1990s. Exco Levi’s “Place Called Earth” from his 2015 released 3 track EP here appears as a remixed version based on the wicked “Cuss Cuss” riddim. The final result outmatches the original version and is one of the killers included on this compilation. Also Isha Bel’s collaboration with Blackout JA, the previously unreleased “Grow Your Locks”, falls into this category. The last year released “Hard Hustling Riddim EP” included George Palmer’s cut “Reggae Vibes” Now it’s given a second life by doing a wicked remix based on the “Peenie Peenie” riddim. All in all a great opening with in particular the first two tracks being the ones that go on repeat!!!

Remarkable but justified is the choice to include 5 tracks from Tenor Youthman, a disciple of the digital counterpart to the Waterhouse style of Michael Rose, Junior Reid and Yami Bolo that was established around 1984 by Tenor Saw and Nitty Gritty, and also utilized by artists such as King Kong, Anthony Red Rose, Bunny General and furthermore Carl Meeks and Murray Man, both also present here. Among the 5 Tenor Youthman tracks are a few big ones including “Truth (Tempo Mix)”, “Hard Hustling (Peenie Peenie Mix)” and “Watch Yuh Back (Steppers Mix)”, originally done on the 2016 released “Chatty Chatty Mouth Riddim” set. This artist really knows how to ride the ’80s digi style riddims to full effect. BOOOOMMM!!! Other noteworthy cuts that deserve the listener’s full attention are Isiah Mentor’s strong “God Alone (Stepper Mix)”, Yami Bolo’s “Stop The Violence”, originally on the “Worries & Trouble Riddim”, and Fitzie Niceness’ “Make A Stand (Kings Highway Mix)” on the “Promised Land” riddim.

Conclusion A highly recommended compilation set for fans of the digital phase of reggae.